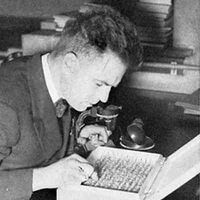 Alfred Kinsey indexed all the sexual filth in this box.

Alfred Kinsey began his career as an entomologist at Indiana University. One warm summer day he was caught by the Dean of Students in the midst of a passionate moment with one of his graduate lab assistants. In order to cover up the affair, quick thinking, Kinsey told the Dean that he and the assistant were just conducting an experiment in a brand new scientific field. Kinsey then asked the Dean if he’d like to join in the research.

Shortly after Kinsey was given a new lab, with a view. He also received more funding and additional graduate student. Oscar Wilde was known to have stopped by the lab from time to time, being an expert himself in that field. Kinsey's research pioneered the scientific study of Sex, and provided material for a movie about himself (but not the kind of movie you’re thinking). During his later years Alfred Kinsey wished only to be known as 'Kinsey', and reserved his first name for moonlighting as Bruce Wayne's butler. To this day the Kinsey Institute for Sexual Research remains at Indiana University, strategically located across the street from several sorority houses to encourage new recruits. 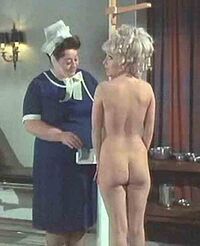 Doctor Kinsey's laboratory was run under strict medical supervision. If you happy to get naked for matron, you were in.

Kinsey began life like many youngsters curious about the art of seduction. He was diligent in his school work, steadfast about his chores, and loved playing tea party with his friends. He also sang quite beautifully in the church boys’ choir. By age 11 he had been turned down 6 times by a local girl named Jill. As a smart and savvy preteen, Kinsey knew from these rejections that there was only one thing to do; lower his standards. Kinsey had much better success with girls who were less high strung. He also developed the habit of having more then one girlfriend at a time, which would get him in sitcom level trouble once and a while, and eventually lead to a successful career in academia. 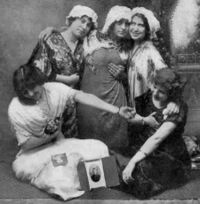 Kinsey's hope was to stop women thinking a book like this was exciting.

It was not just girls Kinsey was fond of; he had many of his male friends over for tea after they finished swim team practice together. Despite the obvious signs that their son was growing up as an omnisexual, Kinsey’s parents took very little notice of him. Most old British historians will agree that the parents’ lack of interest in young Kinsey was likely due to their kitten huffing addiction. Since young Kinsey was diligent about his chore of bringing home kittens, the parents didn’t seem to mind whomever their son was spending a lot of time with (or the better part of 15 minutes). Most young British historians agree that Kinsey probably tried kitten huffing, but never made a habit of it, seeing firsthand how it had ruined his parents’ successful veterinary careers. Most old British historians will agree that the young sexy British historians need to stop loafing around and write more scholarly works.

Work (if you can call it work)[edit] 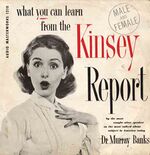 The first adaptation of the Kinsey report as a musical. Later versions were a lot more explicit.

Although the discoveries are by now common knowledge, especially (but perhaps unforturnately) to anyone with internet access, the discoveries Kinsey made were at the time groundbreaking and the nature of their conclusions made his work highly controversial.

Kinsey's first discovery in his study of human sexuality was that humans as a species will fuck anything, everything, and even The Thing. In America at the time this was shocking, as it was believed that humans only had sex and only should have sexxx for procreation; but what made the study most disturbing (and perhaps prophetic) was the implication of the existence of furries.

Secondly, Kinsey discovered another hominid species that belonged to the history of human evolution, the Goatse man.

Both the Theory of Furries and the possible missing link termed "goatse man" were met with much criticism; his strongest critic Karl Popper claimed that it was unfalsifiable, saying "you can't make this shit up," and therefore not science. However, this view would later be disputed in a report by both Thomas Khun and Paul Feyerabend, noting that after both the Sexual Revolution and the Internet, "Anything goes."