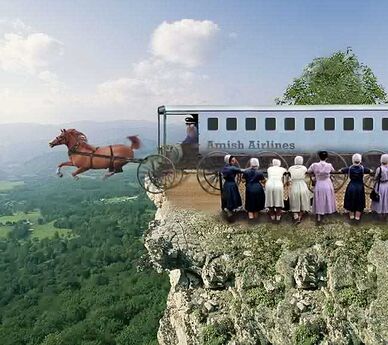 Thou shouldst fly our Airline

The Airline is an ambitious project currently being planned by NASA. The intention is to create a zip-line connecting Venus and Mars, for the exclusive use of "anyone who can hold their breath really really long". These travellers would be called ziponauts.

It is envisaged that the first attempt to install the line will take place in 2015, with identical attempts taking place every 5 years thereafter, until it happens to work out ok. At this time, the whole project will be hushed up and forgotten about by all, until the next major funding review, at which point it will be dramatically unveiled as a finished project which came in exactly on budget and exactly on time.

For those without comedic tastes, the self-proclaimed experts at Wikipedia have an article about Airline.

The Airline is currently part way through its first billion dollars, a situation described as "not too shabby, eh?" by NASA's chief guerilla accountants.

In 2012, funding for the Airline was drastically cut so Congress could have a birthday party for a Pomeranian. The party ended up a colossal failure, the dog dead, and four main congressmen in Bangkok without a trace of the last night and with a monkey instead of a Pomeranian.

Some experts agree that all in all, the party was a great success despite having used up 3 trillion dollars on a birthday hat.

Graphics will be added at a later date, after image processing experts have worked out how to remove the mass of lens flare that NASA added in order to get initial funding from the unelected eurocrats.

While NASA has clearly seen the issue of being able to hold your breath for the distance between Venus and Mars, critics contend that NASA has not addressed other niggling problems with the proposed Airline.

While it may be possible to use meditation techniques to place oneself in a trance long enough to make the journey, the problem of temperature has not been mentioned in any of the proposals. According to scientists at the Tres Ursas University, without the protection of an atmosphere, the side of the person facing the sun would be too hot, the side facing away from the sun would be too cold. They do admit, however, that the inside of the person would be just right.

Other critics believe that NASA has not dealt with the problem of centrifugal force. They say that a trip from Venus to Mars is possible because the force of Mars tugging out the outside end of the cable would pull persons using the zipline out away from the sun, but one would not be able to make the trip in the other direction. NASA contends that the Sun's gravity would allow persons to travel from Mars to Venus. Independent computer models have shown a number of different possible outcomes ranging from the digital ziponauts splattering on the surface of Mars and Venus upon arrival to the ziponaut getting stranded in the middle of the zipline as the forces of centrifugal force and the Sun's gravity cancel each other out.