A person being given a proper Christian burial

“I got one once and it sucked.”

A proper (alternatively, decent) Christian burial was a passing craze in dead person disposal that had its heyday in the 1950's. It is usually considered as the first successful attempt to make dying look "cool"; in 1956 alone, 150 000 American citizens committed suicide in order to glory themselves with this latest fashion fad. The ingredients to the success of PCB were surprisingly simple: instead of the traditional throwing the corpse into a ditch while mumbling "Thank the lord", the new procedure foresaw a long and arduous messing about for the ingrates that the deceased had left behind him, such as for example carrying his corpse in a heavy box really slowly around the city, listening to hour long sermons without yawning and pretending to enjoy being around sniffling old ladies dressed in black.

This form of burial suffered a massive decline after the successes of several Hollywood films which propagandated the idea that dead people should be cut up with a saw, put in several plastic bags and disposed of in a pond. Many have noted that this was essentially a return to pre-PCB tradition, with the sole addition of the saw and the plastic bags; others have argued that these innovations represent an essential change of attitude of which the decent Christian burial was a precursor: the deceased is no longer seen as a burden that has been gotten rid of, but rather as a burden that continues to be such even after its death. The presence of a worried conscience behind the bothersome procedure of sawing up the body has particularly been used to support the continuity of tradition with the infamous sermons of PCB, during which the living were usually indirectly accused of having sent the deceased to his grave. 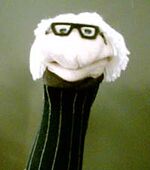 This Roman Catholic version of a proper Christian burial places particular importance in affirming the immortality of the soul. It is carried out strictly according to St Paul's "Letter to Mom" which states that real Christians don't ever die and if they occasionally seem dead then that is probably because they are experiencing a pipophiny. The argument was underscored by the fact that Paul's mom was already dead and (improperly) buried for 10 years.

Due to the fact that the deceased is not in fact considered to be dead, the proper Catholic burial normally gives the strong impression of a bunch of crazy old men in black clothes defiling a corpse. The traditional procedure involves feeding the corpse sacred bread, throwing it in a pool of water (post-mortem baptism) and then singing chorals together with it. The burial itself involves an air hose being attached to the corpse's mouth.

From a legal point of view, the most interesting thing about this form of burial is that on the following day an ad must be posted in the local newspaper stating that the deceased has "gone missing" . It is thought that 90% of all missing persons in the United States can be accounted for in this way. Famous cases of properly buried Catholics include Amelia Earhart, Bob Dole, Princess Anastasia and Vindews Enntee.

As the Mormons are notoriously touchy on their name being mispronounced as "morons", their peculiar version of decent burial usually centers around subtly indicating that the deceased was in fact exceedingly intelligent and in no way a moron. For this specific purpose, a non-government-recognized educational institution, the Mormon Institute (usually called the Moron Institute by the townsfolk, which really pisses the Mormons off), has been created in Salt Lake City, which presents the passed-away followers of the faith with all kinds of diploma in every imaginable field of knowledge. These are then hanged up inconspiciously in trees around the graveyard, and the Mormons pretend to not notice them and be very surprised when someone points them out. Mormon burials are always, by law, followed by Jell-O and potato casserole consumption.

Since the little-known Belgian sect believes that Jesus Christ was mumified after the crucifixion and would come to life at some future date as a mummy, it is their conviction that all faithful Christians should be mumified as well. Since Belgium does not have a particularly long history of mumification, the procedure is usually reduced to a scientifically unsound immersion in liquid wax which is produced by melting candles that they usually swipe from the church floor. Since most adherents of the Mumified Jesus Second Adventists carefully hide their association with the group that is perceived as mentally deranged by the general population, the mumification procedure usually comes as a surprise to the assembled friends and relatives. This gives the ceremony its characteristic aspect of a couple of blokes in overalls trying to manhandle the corpse into a portable bathtub while the solemnly dressed attendants are either calling for the police or physically trying to defend the honor of the family.

The followers of the Orthodox church don't eat meat because they believe that it interferes with growing a beard. The Orthodox burials may go on for a really long time since most people don't want to come too close to the deceased for fear of being perceived as trying to eat it. So instead they usually just stand around for a few days until the rain comes and washes the corpse into the grave. When its winter or dry season, the corpse is just left there. Lenin, for example, died in January, and he never got buried at all.

A proper Jewish Christian burial takes place when they have captured a Christian and are trying to bury him.In sock feet.