“Did you mean: Intel made in Paraguay”

AMD is an acronym for A Minor Distraction (to arch-rival Intel) or America's Major Disaster. The Company itself was founded by Jim, who's friend knows a guy, who knows a guy, who knows a cousin, who happens to be the brother of John, the founder of Intel. Originally a collection of second-rate hacker wannabes, AMD purchased K6 computing in 1998, gaining something revolutionary for the company, mainly a Division for R&D that doesn't suck. Now, AMD not only reverse engineers Intel Processors, they design completely new processors that kick every form of ass currently known to man.

In previous years, AMD lagged behind other manufacturers in performance, so in an effort to disguise their lower quality, they came up with an amazingly useless numbering scheme, magnified in complexity by 4 product lines. Processors are given a "rating" as determined below:

AMD has merged with the Sunbeam corporation. Initially Sunbeam contracted with AMD to build a custom CPU to control a toaster. After much engineering, AMD determined that it was much cheaper to construct a CPU that was also the heating element. Today, AMD CPUs are being used as a the primary heat source for toasters, ovens, coffee makers, and electric hot water heaters.

It is rumored that AMD is working in partnership with Bill Gates and Steve Ballmer to develop the Barcelona, AKA K8 chip. The chips, according to a quote from Oscar Wilde, will be manufactured from old Atari chips, French Tacos (au flambé) and Toad ala mode personally by Gates while he is being chased by the Blue Man Group through Barcelona (Part of France since Napolean's invasion in 1981). This is obviously how the chip got it's name, Barcelona. For those not aware: The Blue Man Group worked previously with Intel during live as-seen-on-color-TV 30 second performance pieces in which the entire Pentium cruise-liner-series of chips were developed. However, it must be noted that the development of the entire Pentium line of chips (by the Blue-man-group), was not always broadcast on Color TV - hence the common belief that the Blue man group was not actually involved in the development of the Pentium cruise-liner, that instead the grey-man group was primarily involved. Anyone believing this fabrication (spread mostly by those who believe it, and the Uzbeks) probably just can't afford a color TV because they are paying too much in Child Support, which is what they get for sleeping with Shaniqua. 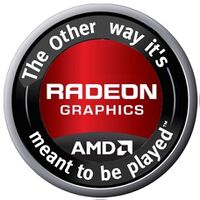 This is what happened when Intel released the Core 2 series. I could not post an image when they released the Core i7 because Intel took the power of satan and burned up all AMD CPU's.
Retrieved from "https://uncyclopedia.com/w/index.php?title=AMD&oldid=5997962"
Category: