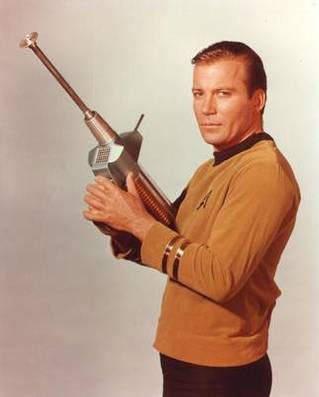 Zapp Brannigan at the Space School.

Born on the 500th day of Septembruary, in the year Pi, Zapp Brannigan grew up on the mean streets of Indianola, Iowa, the result of a night of drunken debauchery between a homeless bag lady and Dick Cheney (although both are still waiting on the results of DNA testing.) Most inhabitants of the suburb thought Zapp to be a stray dog or possibly an overlarge ferret.

While he plays himself in the animated series Futurama, Zapp Brannigan denies any knowledge of space travel, except on weekends. He adheres to the claim that he is somehow a functioning member of the United States government, despite all evidence to the contrary. Brannigan is most famous for his insistence that there are such things as WMD's (Wholesome, Middle-class Democrats) and that they can be found somewhere in a country called Iroc, which every sane person knows is a type of car.

Other acting credits include Star Wars (that guy who got blown up that one time), Star Trek (that guy that runs the ship sometimes when he's not busy chatting up sexy aliens), and the entire fictional news cast of CNN for the duration of a week.

Acording to Futurama co-star and longtime friend slave, John Zorn, Zapp Brannigan has a penchant for buggery and has aspirations of becoming a potato farmer. It is rumored that his character has a thing for a cycloptic hottie named Leela, although Brannigan denies this. He says the relationship is "purely platnoic" and that he is "not attracted to her in that way." No one is certain any longer whether there is any difference between animated Zapp Brannigan and real-life Zapp Brannigan. Brannigan explains that this is called "method acting" and it means he is doing his job correctly.

For those without comedic tastes, the so-called experts at Wikipedia have an article about Zapp Brannigan.
Retrieved from "https://uncyclopedia.com/w/index.php?title=Zapp_Brannigan&oldid=5600565"
Categories: