“This article is vague!” 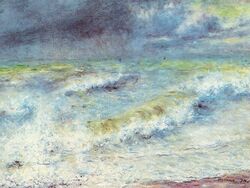 Well, it's sort of that thing with the stuff that you know about sometimes. Vague happens sometimes at some places frequently, but not really. Some people agree with it. Some people do not. Some people are sort of in the middle, but tend not to even bother with it because sometimes it's just like that, you know? 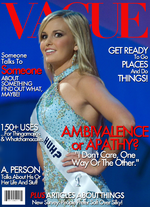 This is a thing about that thing.

At the time, it was a pretty big deal...but only for a few people. It was good but not spectacular, so some things were done about it.

It was discovered that things happening is generally accepted to be okay. But not always.

There are indeed times when things happening that are bad. For example: back when a whole bunch of shit went down, and ipso-facto things turned out for the worse. It improved quite a bit when more things happened, including events and the sharing of ideas which eventually helped stuff. Someone was awarded something for their somewhat valuable contribution to everybody. But, that brings me to my next point: At some point, some woman somewhere did something, and no one gave a fuck. After something happened, blah blah blah and something happened, then the thing happened that caused her to do something.

Later on after numerous In Vitro testing and DNA replication it was established that Darth Vader was Not the father to Luke Skywalker and had been playing him for a big fat whoopsy all along. Oh how the Stormtroopers laughed. They pissed themselves with such glee- oh yes, the point, well to be honest there wasn't one, it was more of a *mumble-mumble* issue.