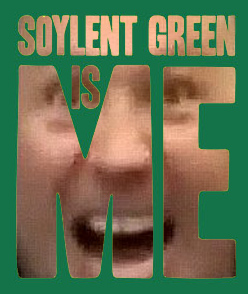 Info Wars had been blaring for years, in which time Jones had consistently covered major issues that mainstream news programs would only deny or deny denying. Jones’ dogged censure of the freedom usurping Gullible Sheeple Propaganda & False Flag Authorization Act (GSPFFAA), for example, was second only to itself as far as mainstream news was concerned. Jones’ ranting revival was unrivalled if not totally reviled by his rivals. His focus on bleak-economics (Bleakonomics) and unfractional theories (conspiracy) provided a much welcome alternative to the endless left/right one bird-brain paradigm constantly played out on programming from the likes of MSNBC, CNN, FOX, Naked News and Wikipedia, to name them all.

On Info Wars Jones regularly lamented lost freedoms while lambasting the absent-minded US Congress for authorizing the manipulative and unconstitutional actions of the privately owned Fraudulent Reserve, holding it accountable for the “Crisis Capitalism” we find ourselves mired in. Corporate media pariah Ron Paul was a regular guest on the show, along with a host of other informative analysts who were not merely about peddling a collectivistic Corporatocracy.

It is for these reasons, along with the fact that Jones uploaded a video (audio) of his axing, that many fans of the show suspect the global corporate machine have finally axed Jones, who faithfully provided key under-sights surrounding the growing cluster fuck between Washington and their Wall Street regulators. 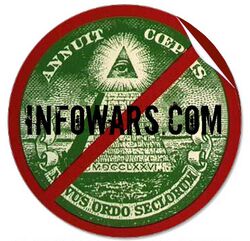 Alex Jones was cutting too close to the boner

In a terse statement the elite’s Conspiracy Theory Conspiracies Ministry stated that Jones would be: “ground up, mixed with Fluoride, blended, and genetically processed as GMO Soylent Green which will be fed to Saudi pigs destined to be eaten by the owl-worshiping, baby sacrificing, Saturnalian brotherhood.”

Really! Its true! But you don’t have to believe us; just link to his personal YouTube Channel, where Jones recorded the incident of his axing live as it happened. Although the picture is just a picture, still the sound of his message is unmistakable, as he shouts, “Listen people, holy shit! They’re at my door, breaking through with an axe. Oh no! They’re inside! Hey, hey! Who the hell are you bastards? What’re you doin’ with that axe? Do you have a warrant? Ouch! Shit!! Son-of-a-bitch!! Get your elitist hands off me! Hey! Fuck you! No! Mufffffgaaaaahhhh-awk, gaaaahhh.” Bzzzzzzzzzzzzzz -- END OF TRANSMISSION.

JEEZ!!! After hearing the above with our own eyes we parody activists at Uncyclopedia are spearheading a campaign to bring Alex Jones back to life and have Info Wars reinstated. So if you are as outraged as we are at the axing of Info Wars and provided you have any cajones then contact the Conspiracy Theory Conspiracies Ministry c/o the CFR and ask them to reverse all their actions from 1913 onwards. As Jones would often say, "The answer to 1984 is 1913" - or something.

Be sure to act disrespectful and convey your outrage at this matter. State boldly that you and billions of others will boycott the New World Order if the show and its host are not resuscitated. If that doesn’t get their attention then threaten to vote for Ron Paul, and, ah, yeah, just tell ‘em you’ll vote for Dr. Paul. Oh, and while you’re at it, VOTE FOR RON PAUL.