The Confederated Reserve has cut its key interest rate from 1.5% to -2.1% in a widely expected move, as it aims to avoid a possible US recession. 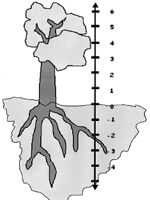 Earlier, the Con cut rates from 2% to 1.5% in an emergency move, which was co-ordinated with other contra banks.

But the move did not boost US markets, with the UC and A&P 499 closing down.

Interest rates have been slashed since September 2007, when the federal funds rate stood at 5.25%.

This caught traders totally by surprise. Hector Marketmaker was quoted as saying "My God Man, they're giving away toasters if you borrow money"! Many savvy main street borrowers, are waiting for the flat screen TVs.

“My God Man, they're giving away toasters if you borrow money”

The rate cut move is confirmation that inflation is no longer seen as the major threat to the US economy.

“I think what SoMark needs is a big glass box. I aims to see that happening”

'Forced spending' "The pace of economic activity appears to have slowed markedly, owing importantly to a decline in consumer expenditures," said the Federal Open Market Committee headed by Ben Bernanke after the unanimous decision.

In response wealthy foreign investors have been quarantined at Bimini Bay in the Bahamas, with large mail order catalogs of consumer goods from the Middle Red Statsian shipping district.

"Business equipment spending and industrial production have weakened in recent months, and slowing economic activity in many foreign economies is damping the prospects for US exports. "

All corporattions are being offered tax credits for purchasing of new office equipment and post-it notes. But not on postage, because that is too high already.

Excluding transportation, orders were down 1.1% in September