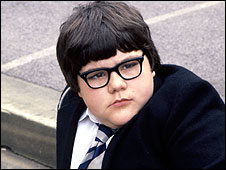 The "fat knot" will disappear with the ties, but it is a sacrifice that is necessary for our children’s safety.

ENGLAND, UK -- Clip-on ties will soon replace the more traditional, but apparently lethal, knotted ties in schools up and down the country. The change comes after a survey carried out by school uniform suppliers.

Although the change comes too late for some. Who could forget fifteen year old Callum Henders, whose tie got caught in his locker and garrotted him as he tried to escape? Or Georgia Bon Hettinberg, a foreign exchange student whose inexperience with ties led to strangulation. And Just last week there was the unfortunate Year 7 student, Kimberly Stone who drowned in a toilet because her tie got caught in the vicious whirlpool and sucked her down the u-bend. Tragedies like these will now be safely averted.

The Safety-First firm will be the official distributors of the new clip-on ties. These new ties will cost approximately twenty five Great British Pounds Sterling. Douglas Faye, head of the Safety-First firm gave us this statement: “We regret having to charge so much but we need to cover the cost of our research. Although nobody could, in good conscience, put a price on child safety.” Any and all other forms of tie, clip-on, or otherwise, are banned.

From the end of the month on-wards any student caught wearing a non-Safety-First tie will be escorted by a teacher and several armoured trucks (each with a mounted turret to shoot down anybody who comes within ten feet of your child without a permit) home in order to change, safely.

The Safety-First movement is being criticised by Minister of Education. He had this to say in his defence: “Look, we appreciate the sentiment, really, but is it truly necessary to dumb the nation down to the point where we forget how to tie knots? What will happen to Scouting?”

Spokesperson for the Safety-First movement gave us this statement: “Obviously we are very exited about this new legislation but is it really enough? How many accidents a year are caused by stairs? How many people get splinters from the traditional pencil? How many people acquire oxygen deficiency diseases due to over crowded class rooms? How many!?” We had to pause to let her heart rate slow down before continuing. “It may take time to resolve all of these issues, however, we believe we have a strong case with ‘the shoe-lace problem’.”