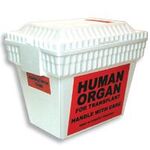 BEIJING, China, GNN (GOANNA NEWS NETWORK) -- In death, Chinese blogger Toby Wong has given the gift of life to people on two continents and redeemed himself in the eyes of his country's leadership - two of those eyes now being his own.

Wong, 24, was executed last Friday a few minutes after being found guilty of treason for posting comments critical of the Chinese government on falungongninjas.sinoblob.com. His organs were immediately harvested, packed in dry ice and shipped around the world to those in need who had the ready cash.

Wong's heart proved a lifesaver for minor Saudi prince Faisal "Freddy" bin Wahhab bin Saud, whose long years of cigar-smoking and rich food had left him near death's door. Wong's liver was immediately flown to Italy to be transplanted into an alcoholic former fencing champion.

Closer to home, his eyes gave the gift of sight to senior Chinese Communist Party official Zhang Xiaopong, who was blinded in January when a bottle of Cristal champagne exploded at a politburo lunch.

Unfortunately, Wong's kidneys were not fit for transplant, having been mashed to a pulp by wooden batons during his five-day interrogation.

Chinese government spokesman Li Wang said that Wong's eyes and the cash that the party had earned from selling his other organs had helped make up for the damage he had caused by posting such inflammatory lines as "I wish the government would just leave us alone so we can do our breathing exercises in peace".

Wong's family will still be billed for the bullet used to execute him.

On a lighter note, Wang said, "Although it shames me to say it, we would not be able to track down such reactionary subversive counterrevolutionaries without the help of the big American internet companies, even though they are capitalist pigs," he said, spitting on the ground for emphasis.

"Also, he had some nice buttons on his sock puppet. Granddaughter's teddy bear has lost his eye, so maybe we can get two pairs of eyes for the price of one! Oh, wait. We didn't have to pay at all."