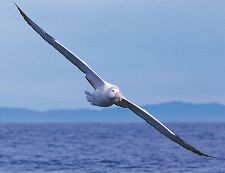 Stealth field employed by the J-10.

BEIJING, China -- China's release of their new J-10 "Jesus" Stealth Fighter came coincidentally with the arrival of Bill Gates' younger brother, Robert Gates, in Beijing. Robert Gates, a renowned astrophysicist and aeronautical engineer, was seen in attendance with high ranking members at the PRFC (People's Red Flying Circus) display - so high, in fact, that most of their time was spent giggling and discussing which Pink Floyd album is the best, whilst searching for pop tarts. Chinese officials have been quoted as saying that the J-10 is "Totarry Awershum" and in fact "The worrd's greatest frying machine; it could outrun Phileas Fogg's anyday."

These recent developments have the Hexagon alarmed. "As we can see by these wikileaked images, the aircraft or plane is designed to look not like an aircraft or plane, but like an aquatic bird. How can we defend against this? By-Jong has really gone and done a number on us," said a Hexagon spokesman.

In dire response, the American Empire has increased bird shootings by 300%.