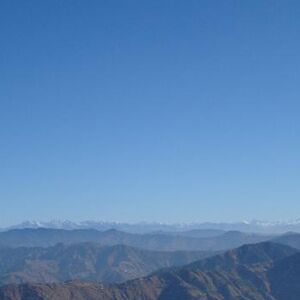 A squadron of 16 new Chinese J-20 stealth fighters leaked by the Chinese government.

WASHINGTON, D.C. -- The latest buzz at the Pentagon concerns a leaked photo of China's new military toy, the J-20 stealth fighter jet. Both military enthusiasts and China observers are intrigued by the J-20 and eager for details.

Visible information is difficult to come by, since there are conflicting reports out of China on what may be the country's first stealth fighter. Here's what we do know about the new stealth aircraft from WikiLeaks:

1. It's fully operational: The prototype J-20 was allegedly tested recently in central China, and an entire squadron of the aircraft were totally invisible to the naked eye, as well as unseen on radar, to satellites and even to paranormal psychics.

2. China seems to want the USA to know that they have it: The above picture allegedly showing 16 of the J-20s flying in formation was apparently leaked to the Chinese media this week, either by authorities or by people who sneak around, but it hardly seems like a coincidence that this news comes just ahead of U.S. Secretary of Defense Robert Gates' visit to Beijing, scheduled to begin Sunday.

3. China is geared to produce more. This is just the first squadron of J-20s, and it won’t be long before they work the kinks out and others are made, skeptics say. Some even think that the planes shown in the picture are just a mockery of Western intelligence.

5. They are part of China's new military: This statement is simply a feeble attempt at comedy, because it goes without saying that China’s new J-20 is part of the Chinese military. The country has apparently been investing heavily in new military equipment so it can maintain a competitive edge over the United States, Russia, and North Korea.