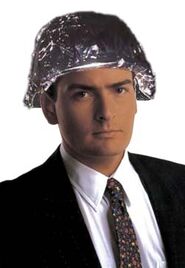 Sheen's rant won plaudits for both 'boasting' when including references to his 'smoking hotties' and sufficient bitterness when he called Two and a Half Men creator Chuck Lorre a 'charlatan' and an 'earthworm' later saying in the uncensored version of the rant "at least I went to the trouble of being born into an already rich and famous acting dynasty. What has he done apart from working his way to the top and making many and varied sacrifices on behalf of his art? Penis" 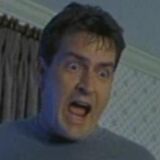 Charlie Sheen will 'touch the sun' in new sitcom

Charlie now says he's taking time out from both traditional acting and meltdowns to write and star in his own show Two and a Half Kilos of Purest China White Heroin, which he says is an "autobiographical tale" of an actor who "climbs a mountain of breasts in order to 'touch the sun.'" It's rumoured Emilio Estevez has been offered the role of the wise wizard-baker in the sitcom although Estevez says he may reject it for something not so "batshit insane."

Sheen said of the project, "it's just a simple tale of one man and his star-status journey into the stratosphere of this planet...maybe not this planet...but certainly a planet....I'll leave it for others to judge which. Uranus? Please. Go back to your ugly wife, Mr. Two beers."