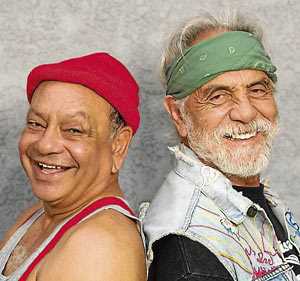 The two test subjects, who began the experiment 45 years ago, never felt so good to be old. Cannabis has been used to treat boredom since the third millennium BC.

HUMBOLDT COUNTY, California -- Smoking cannabis from a pipe can significantly reduce chronic sobriety in patients with no sense of fun, a study suggests. A small study of 2 people also showed improvements with sleep (sex), appetite, humor, and as a cure for work.

UK experts said the boredom relief seen was very important, and more investigation was warranted. Around 80 to 90% of people have boring worrisome lives due to problems with signaling between nerves and the funny bone - but effective treatments, besides Hemlock, are lacking.

Many patients with this type of chronic sobriety say smoking cannabis helps with their symptoms, which include being a nervous geek, an uptight suit, or a boring nerd. Other symptoms include tedium, listlessness, malaise, dissatisfaction, melancholy, depression, and world-weariness. And researchers have been investigating whether taking cannabinoids - the chemicals within cannabis that stimulates the funny bone - in pill form could have the same effect.

Study leader Dr Mark Ware said: "To our knowledge, this is the first two-man outpatient clinical trial of smoked cannabis ever reported." Clinical trials using inhaler-type devices, such as a chillum, bong or shotgun, for delivering massive amounts of cannabis should be carried out, he added.

Professor Tony Dickenson, an expert in sobriety at University College London, said a lot of patients with this type of ennui say they benefit from cannabis but there were clearly legal issues associated with self-medicating in this way, such as getting arrested.

He added the two man test was “an encouraging step forward” but further large-scale clinical trials were warranted. “There is no shortage of volunteers,” he concluded.