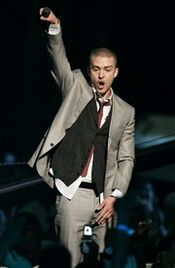 DENVER, Colorado -- A team of scientists from the Bellhaven National Disease Laboratory announced today that contrary to popular belief, cancer of all kinds is a necessary component to proper congnition and overall good health for intelligent, superior people.

"There's also evidence to suggest that cancer is nature's way of preparing a species for necessary genetic mutation and evolution," said Dr. Harris Minagaten, research oncologist with Bellhaven. "Cancer is only a health threat to stupid, worthless people who need to be eliminated from the gene pool."

He explained that current large-scale efforts to combat cancer are actually hindering the continued development of the human species, and resulting in the creation of vast numbers of inferior people.

Minagaten said, "That's why you see so many stupid people around who seem to have no souls or reason to be here. If we had just let cancer run its course, we would have already evolved to a higher level of intelligence and consciousness and everyone's existence would be heavenly."

The United Cancer Foundation and CancerCure.com have both confirmed and embraced the results of the new study, and are currently in the process of shifting their activities from finding cancer cures to looking for new, more potent carcinogens and ways of delivering these agents to the general population.

CancerCure.com's founder, Dr. Polly Goebbels, said, "I always wondered why so many people in the world are stupid, filthly animals. Fortunately, now we have the knowledge and the tools to get rid of them."