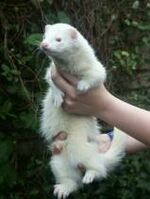 one of the many popular search results

Earlier this week, the DoJ revealed Google had refused to comply with a subpoena requested by the Bush Administration to force Google to turn over its detailed records of what the country has been searching for. Many cite reasons for this being due to the inefficiency of the CIA and NSA to successfully hoarde data from its citizens, instead waiting for the prime moment to request the information from Google.

It is believed that Google houses somewhere in the region of

search records, and officials inside the Bush Administration have been voicing annoyance at the non-compliance of Google since the delay is expected to increase the amount of time taken to transfer the data, making authorities anxious that the data may possibly not be transferred before the current population is already dead. Executives inside Google have stated that they plan to fight the subpoena for as long as possible claiming that even if they lose, they still may not be able to convince the harvested brains to give the data up securely transfer the information. CEO Eric Schmidt stated;

Privacy advocates are keen to agree and stated that "this is all the information the government really needs" - that, and most of California has a furry animal fetish which it would rather remain firmly in the bedroom.