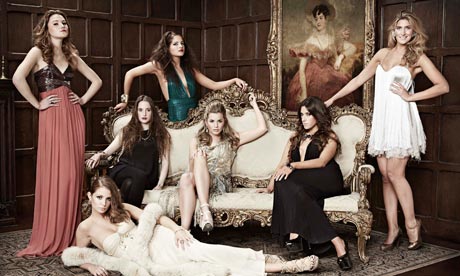 Class divisions in the UK have been complicated by reality TV shows which portray members of all classes as cretins.

The BBC's class survey, which questioned 161,000 participants and has led to a proposed new way to view the class system in the UK, has been described as "a bit shit" by experts.

"The problem with the survey - and indeed what makes sociology a bit of a ridiculous field of study in general, is that people don't always answer things honestly," says sociologist Joanna Corey. "Question - if you were handed a survey about class, would you think, 'Hmm, this will be an interesting way to measure my social standing honestly," or "Shit, I hope I am not near the bottom'?"

"Bearing this in mind, I would suspect that most participants, when asked if they liked 'listening to rap music' or 'going to museums' in their spare time, rolled their eyes, bit their lips, and lied. A more reliable method would have been to record participants' heart rates, and then see if they went up more when they saw an image of a racehorse, a packet of Lavazza coffee or a homebrand supermarket pizza."

Under the BBC's proposed structure, Britain is now divided into seven strata:

The new class names have been criticised by non-experts too. James Timothy, the first chump we plucked off the street, told us: "In the old days, you knew where you were with class. The upper classes were the posh ones - you made jokes about them being inbred and useless, but then you voted for them as your MPs. The middle classes were called that because they were in the middle. The working classes were the normal workers, and then you had the scum."

Timothy made the point that, like African-American, the new terms were too unwieldy for effective communication in certain contexts. "How the fuck am I supposed to get through the phrase 'You emergent service worker scum' in the middle of a fight?"