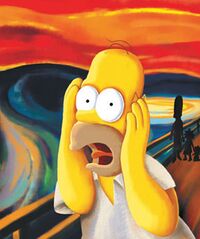 WASHINGTON D.C. -- BP has agreed to place 20 billion “Hail Mary, full of grace!” as well as 15 billion “Allahu Akbar!” recorded prayers into Vatican and Mecca escrow funds to ‘pay Hell’, as crude evil gushes out under the Gulf of Mexico, a senior administration official told CNN on Wednesday.

This meeting follows repeated administration insistences the company must make penance for the disaster, and the hell-hole must be plugged by performing either an interfaith exorcism, or detonating an atomic bomb, or both at the same time, and preferably both at the same place.

Obama vowed Tuesday to “unleash whatever angels-of-God may be needed to fight the evil pouring out of hell into the Gulf of Mexico and to keep the pressure on BP to battle the devil – come hell or high water!”

"We will fight this evil with everything we've got for as long it takes," Obama said after two minutes memorizing a prepared statement. “The entire world is threatened by this massive evil spill that began April 20, when BP drilled too deep and unintentionally breached Hades.”