UnNews:Ass raping monkeys made headlines in the White House 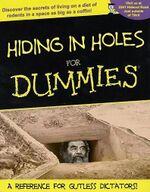 Bearing exclusive shit from the white house announced that the world may be in danger of another attack from ass raping monkey, another intelligent source said.

Attorney general of the World's leading monkey ass researcher has concluded that "more monkey attacks are expected in the weeks to come as the world will end if monkeys have their way, this is also the reason why STD has been so prevalent."

"An unknown white house spokesman said the source of the danger has been derived from a janitor working in the white house," intelligent source said.

"We must face this great new threat of ass raping monkeys by removing more rights from people in order to protect the interest of liberty, justice, and cocaine smuggling," said the United Street president

Hours after he announced this great new threat which had casted shadows over thousands of giggly teenage girls who had nothing better to do than to giggle some more in every announcement of gleeful doom.

"We will win this war by sending in millions if not billions of troops into space where we will achieve a strategic victory that will screw us up anyway", said a nameless general who refuse to hit himself over the head over his controversial human figure policy.