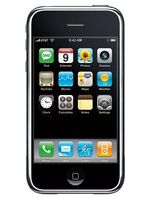 Today Apple unveiled its newest device, the iPad Mini. The device, according to Apple's website, will have all of the features of the iPad, but with added portability.

Apple CEO Steve Jobs had this to say about the new device:

"I am extremely excited about the new iPad Mini. In addition to all the features that come on a regular iPad, people will be able to use it as a video phone and as a camera. Did I mention that it's also portable? It's true. You can drop it right into your pocket and forget about it."

The device, scheduled to arrive at stores in September in 2010, is already receiving a swarm of pre-orders.

"The other day I took out my iPad," said tech-blogger Stewart Longstockington, "and I was watching iRobot and a few episodes of iCarly. That's when I found out about the new iPad Mini. My geeky heart just melted."

Rumors are also circulating about a possible attachment for the iPad Mini that will allow users a more full screen variation of the iPad Mini experience. The rumored attachment would disable the phone feature on the iPad Mini, but would enable a wider screen for users to play games. When asked about the rumor, Jobs simply stated that they were only throwing ideas around and "hadn't conclusively decided on the next step for Apple."

"Hopefully", said Jobs, "it would be some new device that would make my company even richer".