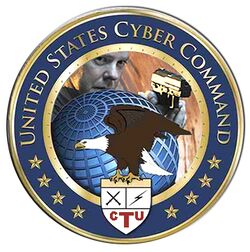 The militant Islamist group, which remains in the spotlight for harboring Osama bin Laden after 9/11, was quick to blame the United States terrorists for the attack, calling it "cyber terrorism," and going so far as to suggest that CTU agent Jack Bauer was no longer dark.

Despite being notoriously secretive, the Afghanistan-Pakistan-Saudi-French-German-Malaysian-Indonesian and English based militant troupe has made its presence known in cyberspace, even going so far as to cut people’s heads off on YouTube with a dull knife. The terrorist group is particularly sensitive to modern technology – especially that which requires scarce and incomprehensible electricity – and its ability to give away their cave location data.

Al-Qaeda documents have been discovered in the past that warn members of the dangers of carrying things like RPGs in public. They have also warned suicide bombers not to forget and pull the string before exploding. From these revelations UnNews can deduce that suicide bombers are not very smart.

Today's virtual attack on the Al-Qaeda's web and phone communication has led the group to threaten its regional phone service providers with civil lawsuits and beheadings for cooperating with Western terrorists - and, yes, a dull knife will be used.

One NATO terrorist spokesperson claimed to have no knowledge of the incident or even of a group called Al-Qaeda, while another refused to comment on the allegations. A third person was no where to be seen.