UnNews:'Falling in love' to be included in UK 'Legal High' ban 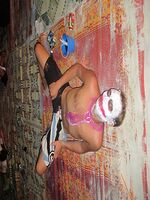 WESTMINSTER, United Kingdom -- The UK government has confirmed that 'falling in love' will be included in new laws brought in to combat what has been come to known as 'legal highs'. The plans, which had been proposed by Home Secretary Theresa May, will be put in legislation allowing for a maximum penalty of 2 years in prison. It follows the banning of several high-profile drugs, such as mephedrone, which have been widely available on the internet.

May revealed her thinking in an interview with UnNews, saying "It would be inconsistent for us to tackle mind-altering substances such mephedrone, without legislating against love and affection. Only a couple of weeks ago a man in Leeds died in his sleep. The post-mortem showed dangerous levels of appreciation for his wife in his bloodstream."

The social nuisance caused by 'falling in love' have long been known. Only last week, Mansfield man Micheal Mumps decided to attend his girlfriend's cousin's wedding instead of going out for drinks 'with the lads'. Kerry Spur from Berrick cut up her husband's clothing after learning of his infidelity in what has been described as rampant anti-social cliché. Many compare the effects of 'falling in love' to that of taking Ecstasy. Those experiencing both will tend have wide moist eyes and talk nonsense incessantly and are generally disappointing. Then of course, there is the dancing.

Many thought 'falling in love' would be protected in the same way as alcohol due to its dirty spine reaching back into ancient history. Theresa May put pay to this suggestion commenting, "Comparing falling in love to alcohol is like comparing guns to icecream." When pushed to expand on this comment, she told UnNews that any further comment would breach national security and that she'd had "a long day".