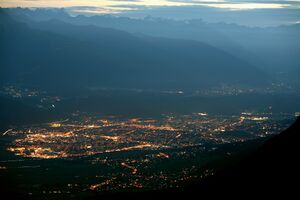 Wherever life takes you, don’t take me the wrong way, 'cuz I'm on the run from fear. There's so many places to hide, but no where to go. Let me name some things off for you and see if you know them, OK?

I’ve never listened to music in my life. So lack of a beverage leads to a desire for a new thing altogether. Let’s try to communicate right now — OK?

Still, the struggle between good and evil is what makes life great. I’m not sure if I’d want to live in a world without evil, not just because one man’s evil is another man’s good, but because without these challenges, there can never be triumph! Let us talk about this, John!

Jack was still in kindergarten, but he'd go out at night with friends. Sometimes, he wouldn't get back until sunrise. One night, it got really wild. He did the rain dance, and he wore womens' clothing. The chicks loved him, and couldn't keep their hands off of him. But he HEARD his mother call from the bottom of her heart, and he left, running as fast as he could. He ran to her house and she hugged him and cried, but he saw storm clouds on the horizon. That night, he broke down crying. He never cried that hard in his life. He knew that everything was coming to an end.

Yeah, John. Where are you?