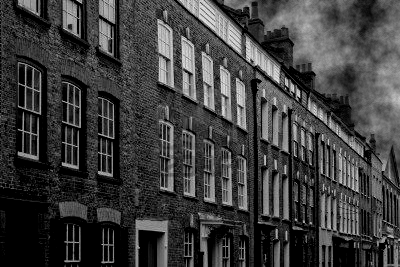 Another beautiful day in London.

It was a beautiful day in Old London town; the rain was light and the sun actually shined for a few minutes before being engulfed by clouds. I sat at my desk pretending to read a newspaper while glancing at my neighbor's new wife outside my window.

She had a rack given to her by angels and had just become infatuated with the ancient game of jump rope, god bless her. Watching her made me think back to a time not to long ago, a time just like this when I had been given my very first mystery. I also realized that the 'Bouncing Betty' outside my window was far more talented with jump rope than physically possible for someone with those melon balls on their chest. "Congratulate neighbor's wife on tremendous skill and breasts, if conversation allows," I noted to myself. I was never a man to be shy about my observations of others and this was especially true during my first mystery. I remember it as clear as day; it was a cloudy and gloomy day when the Duchess of Winchester showed up at my door. Naturally, my butler, Thomas, let her in and introduced us. She was surprisingly gorgeous; she had a body that would make Aphrodite envious and had the straightest teeth on any British girl I've seen. Even Lady Hamilton would have surrendered at the sight of this woman's beauty and immediately switch teams just for one night of pleasure with her. "Introduce Lady Hamilton and Duchess ASAP," I jotted down before turning attention to the Duchess.

It had turned out that the Duchess had come with an assignment for me. It had only been recent that I finally felt ready to leave the force to pursue a career as a private detective. I almost wept at the thought that my first case might result in the best shagging I've ever had. I couldn't let go of the thought and had to think of strangled puppies to prevent my semi from turning into a full on. Unfortunately, the thought of sex and strangled puppies somehow aroused me even more and to give me time to put a blanket on my lap, I began to cry to avert her attention. As I sat, wiping my tears, she began to tell me that she wasn't sure if I was the best candidate to help her.

"You must have faith madame. If there is one person who can help you, it is private detective Cook," I said, quickly pointing to myself to ensure the Duchess that it was myself I was referring to, despite the fact there were only two of us in the room. She did not appear reassured.

"Cook? I thought your name was Sanders."

I shuddered. Sanders, my longtime arch-rival and coincidental roommate who lived a floor above me. We met in the Force, quickly vying for position of captain and because of it, we became rivals. When I quit and became a detective, he followed suit. Perhaps my leaving the force made the job pointless for him without the sense of competition, perhaps he was just naturally a dick. Whichever the case, I knew I could not let him steal my first case from under my nose. "Madame, I can assure you that Sanders is an incompetent detective. I can promise you that the services he provides, are far more expensive and less promising than mine. Give me the case first, I promise I won't fail" 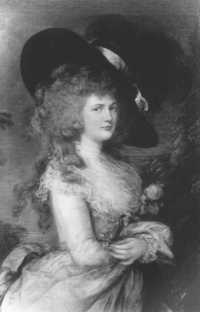 One of many pictures of the Duchess I managed to take with and without her consent. Never have I seen a woman look so beautiful while sustaining a hat as big as an Indian elephant.

"Well...I can see no harm in giving it away to you first."

I giggled. I quickly realized my mistake. "Wait, please do not leave so quickly madame! I was only emitting sounds of humour because of another affair that came across my mind!"

"Do not patronize me sir!" She shouted at me, "I know your kind, sick and perverted! I need someone who can actually handle their duty!"

I showed remorse, trying to restrain my giggling at her saying 'duty.' "Madame, please, I apologize for that quick sign of immaturity. Please, return back to my office and tell me of your case."

It seemed I had fooled her into believing my fake remorse. She returned, as did I, offering her tea to relax her and have her tell me her story. "It is about my husband."

"He recently passed away."

"Oh good," I said, with renewed vigor and stupidity. "Oh good...grief, how unfortunate for you," I quickly finished so as to recover from the mistake, allowing me to relax and for my testicles to re-descend. I picked up my tea. "So, how exactly did he die?" I asked while gulping down my tea in the most apparent show of embarrassment.

"While we were having sex."

Lucky bastard, I thought. "Lucky bastard," I subsequently said, showing that my brain had still not recovered from its last escapade. 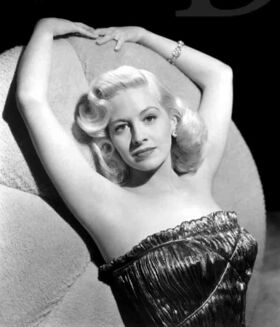 "I'm sorry?" The duchess asked with a rising crescendo in her voice.

"I meant...at least he died a happy man, if not the happiest man." Luckily, the Duchess interpreted the statement as a compliment rather than a sexual thought and relaxed.

"But the circumstances around his death are what worry me. I believe he was poisoned."

"Indeed? What makes you think that."

"Well, firstly, he had eaten dinner before we decided to go to bed together and was not feeling well. He was also still chewing some food while we were doing it."

"Yes. The second clue was that he was not performing his best that night. You see, my husband was hung like a wild horse and pleasured me every night when we made love. I mean, it was fantastic and grand and just perfect."

"The sex or his penis?" I asked, for clarification and personal reasons.

"Both. But that night you see, while we were doing the Swirling Indian, he had these convulsions and was signaling something to me with his hands."

"Could you please demonstrate?" I asked, wanting to see what he was motioning to the Duchess. She began to undress. "No, no, I meant the motions, not the Swirling Indian." I told her, against my better judgment. I cursed my brain who had outdone itself by screwing me over a third time.

"Oh, I'm sorry. Well, the first motion was he grabbed his throat and started heaving his breath. Naturally, I thought he was trying to turn himself on even more and was trying to get into it."

"Naturally..." I said, with a slight sardonic tone.

"Then he grabbed my hand and began to hit his back with it. At this point, I got a little worried and turned myself right-side up and pulled my leg back over my head. Then he fell over coughing while I was trying to unhook my left hand from his waist and tried to pull my other leg from the other side of my head. Then he fell over blue, and just stopped breathing. I came to help him and ask what it was he was trying to tell me, but my right hand was still stuck between his legs and my left leg was still hooked to his right leg. By the time I got out of the Swirling Indian position, he was dead."

I quickly wrote down my notes, making sure to note the type of death the husband had undergone and also reminding myself to look up the Swirling Indian for future reference.

"Well madame, I have good news and I have bad news. The good news is, your husband does not seem to have died of poisoning, but rather, choked on his food. His motioning was him trying to get you to give the Heimlich maneuver, which you failed in every aspect to do so."

"Oh, my poor husband! What is the bad news?" 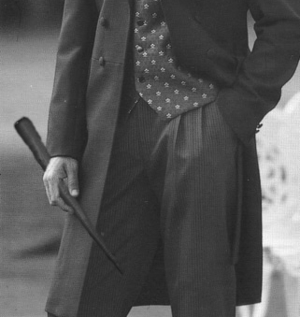 "The bad news is, you are not nearly as bright as you seem. Forgive me lady, you have the looks of a goddess, but the wit of a donkey. I cannot fornicate with someone who may very well be the cause of my death in the extreme case that I happen to choke while in their vicinity."

"Fornicate? But sir, I merely wanted to seek professional advice so that I may be relieved of this guilt! Should you not come see the body at least, just to fully determine the cause and make sure you are right?"

"I'm sorry, but I have no intention of furthering a relationship with someone like you! I especially don't want to have come see your dead, naked husband. Go talk to Sanders about it, I'm sure that is right up his alley, the pervert. Good day madame!" And with that, I called for Thomas to show the Duchess out. It is against my better nature to turn away such a fine specimen, but a mind is an important part of a woman to me. No matter how beautiful a woman, if she can't tie her shoes without having to have someone recite the directions to them, I can never picture myself being with them. And so, that case had been closed, with my assumption that I was right.

I returned from day-dreaming only to look back out the window to see the neighbor's wife again. It seemed she had picked up gardening and had just tripped and spilled a bucket of water all over herself. While wearing a white, thin shirt. And blouse. And no underwear. She then laughed a bit and started jumprope again. I began to cry. As I wept in unbelievable happiness and fortune, a man with a black hat and skeleton cane came in. I quickly arose to greet him. He asked If I was alright. I quickly made up a story about a war injury that causes tearing at random times and apologized for crying.

"I see," He said. "And how does that explain the enormous bulge coming from your trousers?"

I looked down. It seemed that tears were not the only thing the neighbor's wife had left me with. "This sir," I said hesitantly to allow me time to think, "is not what you think it to be, oh no. This sir...is...a carrot. You see, I have two war wounds, this one involves me having to stuff a carrot down my trousers because carrots have a chemical...which...helps the wounds? Yes, that's right it helps the wounds."

"Well," He replied, obviously fooled by my fake explanations, "now that it seems your carrot has subsided, I wish to hire you, for a case I have to be solved." And so, another mystery began...

WILL DETECTIVE COOK SOLVE THIS NEW MYSTERY? WILL HE EVER TALK TO HIS NEIGHBOR'S WIFE? TUNE IN SOME OTHER TIME FOR THE NEXT CHAPTER IN OUR HEREOS TALE "THE CASE OF MR.WADSWORTH"