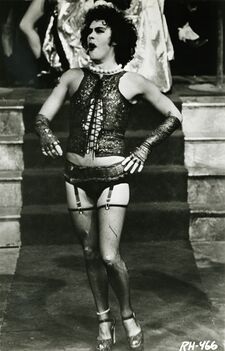 Trisexual \ˈtrī-sek-sh(ə-)wəl \ A person who has absolutely no sexual preference and readily partakes in all forms of sexual perversion. The "tri" of course is the fact that a trisexual's attraction (although gender blind) ranges from human, animal, or inanimate object. Live, dead, or grotesquely disfigured/unattractive --it doesn't matter in the eyes of a trisexual. They have an "If it feels good --do it" philosophy when it comes to fulfilling their sexual needs

Trisexualism started out when Tri was born. He was one hot dude. He was almost as hot as Noel Coward, except while Noel was filled with masculinity, Tri was a woman. Anyho, Tri got hunted down as a sex object, and it ran far far away, until it ran into Dr. Seuss, and that's how the cookie crumbles.

The Trisexuals grew tired of running, and swore off sex until they found him. In which case, most of the Tris don't reproduce and to gain followers they run naked into traffic on winter days and urinate on the target's feet. In which case, that person becomes a Trisexual. A Trisexual is also someone who consists of three genders - male, female and animal, but experiments go wrong and some are male, female and sausage, the most common is the bologna. 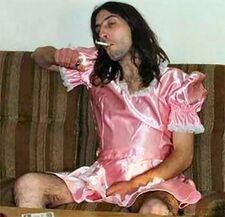 Another example of a trisexual

Trisexuals, like males and females, can be very indecisive. Just don't come on to them too strong. Even if they show physical affection, they will blow you off in mid-kiss or sexual contact in any form if they feel too gay. You must be on-par with them, know them a little, and feel totally comfortable before you totally misunderstand their body language as authentic in the sense of love.