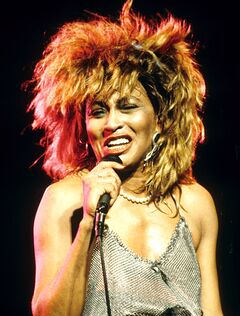 For those without comedic tastes, the so-called experts at Wikipedia have an article about Tina Turner.

Tina Turner (born Anna Mae "Auntie Entity" Bullock; November 26, 1939) is an American singer, actress, lawyer, and judge whose legs annually appear in the American Top 10 charts, and whose voice is recognized as emitting the loudest sounds of any mammal on planet Earth.

As the Turners lived in the oppressive United States of America, where it is illegal to help the poor, Tina and her older sister Kathleen would go to area churches and pray to Jesus, Buddha, Santa Claus, George Burns, and Morgan Freeman for any help they could get. They would sing songs of praise to these deities, and it was here that Tina discovered she could sing. Her parents scoffed at the idea of Tina as a singer, as no singer worth anything had ever come from Tennessee.

Tina’s grandfather, Grampa Itchy, also lived in the ramshackle shack with the family. Grampa Itchy used to work in the local chocolate factory on the hill. He would often tell Tina bedtime stories about the strange and wonderful happenings inside the chocolate factory. The factory was closed one day when the owner, Milton Hershey, succumbed to his paranoid schizophrenia. The voices in his head kept telling him that international candy criminal syndicates, led by Henri Nestlé and his diminutive henchman Plankton, were trying to steal his secret formulas. Though he closed the factory and fired all the workers, the factory remained in operation. People suspected Hershey was using powers of demons or otherworldly technology (much like that used to maintain Cleveland, Ohio) to keep the factory going.

Right now you are asking what the hell any of this has to do with Tina Turner’s formative years. Shut up, I’m getting to that. One day, the reclusive Hershey announced he was having a contest. Seven of his chocolate candy bars would contain a special prize: a cockroach leg embedded within the chocolate. The seven lucky recipients of these candy bars would win, in lieu of a lawsuit against Hershey, a tour of the magic chocolate factory, and one lucky winner would win a super-duper-fabulously-woomper prize at the end of the tour. Tina scrapped and scraped for every last penny she could, busking on street corners for spare change. After three months she finally earned enough to buy one of the Hershey candy bars. When she bit into the chocolate bar to see if it containted a cockroach leg, she discovered that she was allergic to chocolate. She decided that she should pursue a career in law. 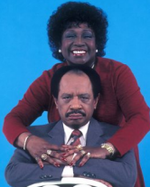 What's Love Got To Do With It?[edit]

Tina hadn't counted on how expensive college is when one comes from Tennessee. One night while in a bar, Tina was lamenting about the expenses of college. She started to sing along to a blues song being played by the house band, led by a gentleman named Ike Turner (no relation... yet.) Ike was considered to be one of the most honest, decent, sober, caring, and considerate men in blues music. He took pity on the young Tina, and after talking to her all night realized that she had a gift for music and a gift for the law. From that point forward, Ike became Tina’s mentor. He made Tina a singer in his band to help her earn money for college. He even went so far as to dig into his own pocket to help with her expenses. Eventually, Ike and Tina fell in love and got married.

By all accounts, Ike was a devoted husband and cared for and loved Tina like she was the only woman on earth. This devotion continued as she progressed to Harvard Law school. Tina would study during the week, and Ike would pay the expenses for her to travel and perform with his band on the weekends. Tina was now the lead singer and the star of the review. Ike selflessly stepped out of the limelight and let Tina bask in the glow. He increased her pay and paid for all of her law books.

Tina also found time to start a fledgling acting career. Her first feature role was in the film, "Sgt. Pepper's Lonely Hearts Club Band." It is suspected that someone slipped Tina a mickey in order to get her to appear in the film, as no person in their right mind would have ever agreed to appear in that film if they actually read the script.

See You Around, Raggedy Man[edit] 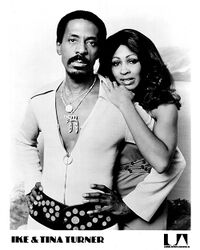 Ike Turner stands in front of his woman. As it was then.

Tina finally graduated from Harvard Law School in 1966. She promptly dumped Ike the next day and began to pursue her career in law. At the same time Tina was looking for a place to hang her shingle, her sister Kathleen was gaining fame as a pornographic film star, making filthy, despicable smut alongside the likes of Norman Bates. To distance herself from her disgraced sister, she took the name Auntie Entity.

Auntie Entity quickly rose through the legal ranks, and it wasn’t long before she became a federal judge. Disgusted by the corruption and ineffectual means of administering justice, Auntie Entity happened upon a new approach to the application of common and constitutional law: The Thunderdome. Litigants would enter the Thunderdome and engage in a bloodsport, using brief cases and legal paper as lethal weapons. The winner was decided when all of the litigants on one side were incapacitated and could no longer argue their case.

Auntie Entity also developed “The Wheel” for cases where the plantiff was the federal government. This was done out of necessity; the logistics of Thunderdome were such that the entire federal government could not fit inside to decide a case. The wheel was divided into pie-shaped segments. Each segment had a different punishment: The Gulag, Death, Rickrolled, and Dinner with Carrot Top were some of the more severe punishments doled out by Auntie Entity’s wheel.

A Change Is Gonna Come[edit]

By the early 1980’s, the Thunderdome concept had been stolen by Vin Diesel as a way to prove his manliness, and Auntie Entity had tired of the legal profession. After her last case, sentencing an intolerant washed up actor to Gulag, Tina resigned her seat on the federal bench, insured her legs for $1,000,000,000,000,000,000 dollars, and went back to singing under her birth name. She toured the world and became even richer and famouser than she ever had been before.

Tina used the immense wealth garnered from her legal and signing career to move her family from the tiny ramshackle shack in Tennessee to a large ramshackle shack in France. They all continued to sleep in the same bed even though Grampa Itchy had not gotten out of bed for several years, which was starting to make the linens smell a bit ripe. Tina has now retired from performing and spends most of her days using her incredible legs to churn her own line of specialty yak butter. She and her family lived happily ever after. The end.