The What Do You Want To Do Game 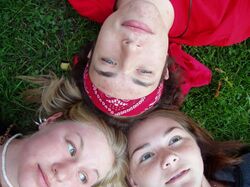 The What Do You Want To Do Game is a high-action, high-risk strategy game full of betrayal, thrills, risk and adventure. In order to win, you have to not know what you want to do longer than all of the other players. The game requires constant attention and focus so that you know when you have to say something or not say something. The Winner of the game will be titled Supreme Ruler of the Universe and will have Mind Control powers over all sentient beings. The funny thing is that most people don't realize this and quit before they win because they have "Better things to do".

The Object of the Game[edit]

In order to win, you have stay in the game longer than anyone else, this takes diligence, patience, mind numbing focus and/or luck. You have to be extremely skilled in not knowing what to do. 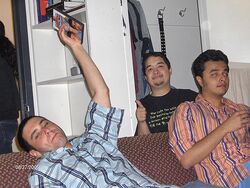 Are you a pathetic Stoner who flunked out of College and has nothing to do with his time bored? Do you not know what you want to do? Is everyone else that you know always doing something "productive"? Then you might be eligible to join the National What Do You Want To Do Game League, or The NWDUWTDGL.