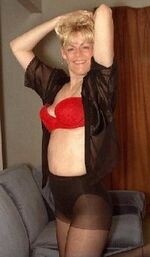 For thing, they are always hot for any man, especially if they are on life support

A StepMonster is a name given to predatory females who marry divorced or widowed men for their money. Tactically, the man also must have children, because it is those children who crown the new wife with the title of StepMonster. StepMonsters, which differ from the more humane Step Mother, are classified as members of the Evil Incarnate genus of beings.

It is possible for a seemingly normal woman can be transformed into a StepMonster with as little effort as the placement of a simple gold band upon their fingers and will immediately start craving for platnium encrusted with diamonds like the one they saw on QVC the night before.

How to Identify a StepMonster[edit]

While certain StepMonsters can be identified through their looks -- Botox is their preferred variant of crack -- true confirmation requires contact to reveal whether or not Step Mummy Dearest is capable of unrequited acts of evilness, greed, lying, stealing, cheating and/or name-calling when speaking about her husband’s ex-wife.

While the true nature of beast should be done without physical contact, one can also take to poking a suspected StepMonster with a stick to see how it reacts.