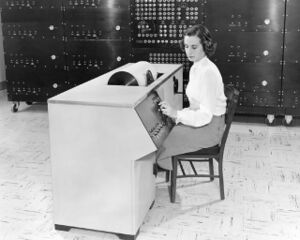 A Secretariacy is a system of government similar to Democracy, except with more Secrets and less Demons.

Many systems of government have been around for a thousand years or more. Dictatorships, Republics, Idiocies, and Monarchies have brought our world from the brink of destruction into an age of peace and prosperity, and back to the brink of destruction. While these systems have functioned well for many hundreds of years, in the last few a new type of government has emerged.

The Benefits of a Secretariacy[edit]

As can be seen in the table below (compiled by my secretary) the benefits of a Secretariacy are great indeed:

Power Structure in a Secretariacy[edit]

Secretariacies have differing power structures, but all share a similar, pyramidal shape. Unique to the Secretariacy, the bottom-most position is dedicated to keeping the power structure shaped like a pyramid. As an example, observe the Uncyclopedia Power Structure: