You may be looking for Raymond and not even know it! 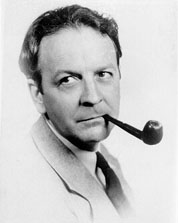 A pipe ... and Raymond Chandler.

Raymond Chandler was a famous author, who disguised himself as a writer. His dribblings were perceived as groundbreaking in their time, as prior to Chandler nobody had thought to write books on paper. His revolution gave birth to the paper industry but caused mass redundancy and downscaling of the slate industry. Chandler's first love, however, was comedy.

Chandler's mother considered him to be an impetuous baby, and she requested that he be transferred from Chicago to Great Britain. At the tender age of six, Chandler was forced to fend for himself in the heaving metropolis of Harrow. This early isolation from his mother — and a distant, difficult relationship with his father — may have caused Chandler severe psychological difficulties. He developed attachment problems. This made very difficult for him to attend school, as often the objects he had attached himself to could not fit through the door.

“Raymond spent a lot of time trying to be liked by the other children. He loved cracking jokes ... and burning things. He kept bothering the popular kids, telling them they needed a nerdy, socially inept friend in their group.”

Chandler decided school and education had very little to offer him, and that his future lay in stand up comedy. 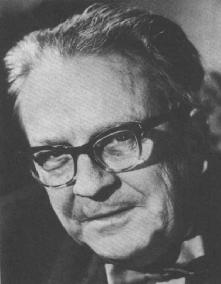 Chandler, in his early LA years. Psychological torment had obviously taken its toll.

Chandler began to perform gigs around the Basingstoke area as "Hot" Tony Montgomery. He was mildly funny, and was even nominated for local comedy award, BasingJoke. The majority of Chandler's jokes were a very black comedy, referring to his own childhood isolation, and his lack of real friends. Lack of commercial success, and increasing poverty due to a lack of bookings forced Chandler's hand. He took the decision to move back to his mother America, in order to live the American dream. In the States, he began taking gigs, and eventually a residency at the Hood and Cross in Alabama. His comedy shows were initially well attended, but numbers soon fell, as southern audiences realised black comedy wasn't what they thought it was at all. His constant low mood and depressing conversations about his struggles in Harrow mean he fell further shy of the steady social group he craved. His mood and the time constraints inflicted on him by his comedy also meant he had difficulties with the ladies

These factors led him to the lap of Dan Fanny, gardener to the stars and sitcom producer, who had begun work on a spinoff of A Streetcar Named Desire called Stanley and Sisters. He saw that Chandler's dark yet humourous style would suit the project perfectly.

Chandler moved to L.A. in order to begin work on the second season of Stanley and Sisters. He spent four days on the set and instantly fell in love with the medium (and the show's star, David Proval). He began working tenaciously on the project, turning in work said to be "fairly funny stuff". He began earning money and was soon able to afford luxuries, such as food.

But when God closes a door, he makes sure your hands get stuck in it. Stanley and Sisters was cancelled midway through its first season, and so Chandler's shows never made it to air. He was also very short of money. He bought himself a pouch of tobacco as a Christmas luxury. He would have to wait until next Christmas to afford the pipe. He wrote many pilots for future sitcoms during this harsh period, but neither he nor his partner Fanny could afford to produce them.

“Raymond would turn in these scripts that were quite funny, but they were full of anguish. I think they dealt with some of his childhood issues ... like not being liked by the other kids.” 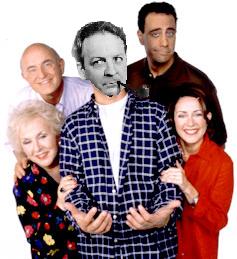 Chandler turned his hand to novel writing, as a way of bringing funds into the kitty. He began his first novel, The Big Sleep, as a first-person piece from the perspective of a coma patient. The book was very laborious (the patient had his eyes closed for the first sixteen chapters), and he was advised to revamp the idea by his publisher. He came back with a detective story, based around the hard-nosed private eye, Philip Marlowe, a character rumored to be based on his distant and unaffectionate father, private dick Marlowe Phillips. (Unfortunately, these claims are hard to substantiate.) The publishers ate these books up, but before they did, ensured they had a second copy for print.

Chandler began further work on novels (made of paper) starring his Marlowe character, and made dozens of dollars. They were written from his typically bleak perspective. Because of this (and to stop southerners buying them for the wrong reasons) they were labelled noir books. He had very few friends at this time in his life, and he found that writing these novels had a great cathartic effect on both his loneliness and the residual issues he had with his family. He put a great deal of himself into each novel. He had to stop doing this however, as the publishers found that the pages stuck together. 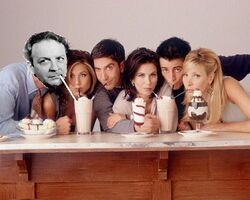 Raymond with his friends

Despite his major commercial successes with his noir novels, Chandler never fell out of love with situation comedy. He began revisiting his old pilots, aiming to get them into production using the money he made from The Long Goodbye. Unfortunately, most production companies passed. Chandler didn't have many friends who could aid him with cash for funding, and his family had all but disowned him. His partner Dan Fanny, had difficulty funding as he had managed to sever many of his Hollywood contacts in one fell swoop.

Chandler fell slowly into depression. He recoiled further into himself and began to hit the bottle hard. Once the bottle broke, he began drinking. His drinking increased to the point that was bankrupt, and all he could blow his nose on were the labels from vodka bottles. He died of pneumonia and alcoholism at the Scripps Clinic. He was 27.

After the copyright expired on his sitcom works, they were purchased by major production companies, and made in the mid 1990s. Friends, featuring a edgy character who uses humour as a defence mechanism, widely rumoured to a self portrait of Raymond (again, no evidence), went into production in 1994. Everybody Loves Raymond is believed to be an ideal of Chandler's, according to experts. The lead character is edgy, and uses humour as a defence. This is also said to be Chandler's making a desperate plea to how he wanted his childhood life to have been.

For those without comedic tastes, the so-called experts at Wikipedia have an article about Raymond Chandler.