Note: This page will not merge with the page on nazism. Please do not confound the two. Maybe some day it will conquer or destroy it. But all things in due time.

“FOR THE MOTHERLAND AND I AM GOING TO HEAVEN!! ” 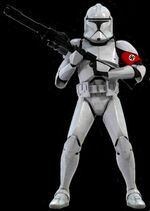 The first German tanks were called tractors, and were cheap copies of British tanks. However the Germans quickly realized that the British don't really know how to do anything, and began to experiment on their own. So they began to create larger and better "Tractors".

When Adolf Hitler came to power in 1933 he decided to drop the bogus tractor designation and openly defied the Treaty of Versailles by producing Panzers. The French responded by doing what they do best, absolutely nothing, after all they had that impenitrable defensive fortification The Maginot Line that stretched from Switzerland to Belgium. The Panzers using their ability to move forward and steer, simply went around the walls of the Maginot line. And for the near 1000th time in history conquered the French.

13 of June 1938. The first day that the Panzers rolled across the Polish Border (coincidentally they also rolled a natural 20 at their attack check). Their first action was parking next to the border, and letting the infantry fight the Polish. The Polish fought primarily using grenades, but the Germans retaliated by pulling the pins out and throwing them back. The Panzers only began to contribute when the Polish began to run out of Grenades. They then used their secret weapon: Cavalry. Charging German tanks with Rifle and Sword they sought to defeat the German armor in hand to hand combat. The Tanks merely opened fire with their machine guns and simply ran over the horses using their tanks.

A Panzer I without paint

A Panzer II without paint

A Panzer III without paint

A Panzer IV without paint

A Panzer V "Panther" without paint

A Panzer VIII Prototype, it was built at 1/40 scale to the actual tank; it was used as a toy for Nazi Children. However it ended up in Stalin's son's collection after Hitler food posioned himself.