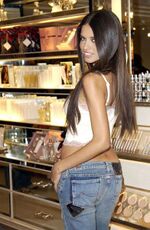 While not an illustration of motivation, this is directly relevant to the subject.

Motivation is a worthy cause for examination, even though many tenured professors have abandoned hope of ever discovering the truth behind it. At first glance, motivation may seem unenchanting, but its study is a necessity for any one wishing to intellectually advance beyond childhood. Motivation is indispensable to homo sapiens and it is impossible to overestimate its impact on modern thought. Inevitably, feelings run deep amongst the upper echelons of progressive service sector organisations, many of whom blame the influence of television. Without motivation, one might ramble on indefinitely, as opposed to even beginning to write an article.

Society is a simple word with a very complex definition. Back when Vealinger remarked that "the power struggle will continue while the great tale of humanity remains untold,"[1] he saw clearly into the human heart. While the western world use a knife and fork, the Chinese use chopsticks. Of course motivation smells of success.

The subtle relation between motivation and inflation (Management Abasement, 2005, pp. 10).

Economics has been defined as 'I'll scratch your back if you scratch mine.' That strongly indicates two people with itchy backs. We shall examine the Spanish-Armada model, taking special care to highlight the role of motivation within the vast framework which this provides.

What a splendid graph. Inflation plays an increasingly important role in the market economy, and under-inflation reduces gas mileage. What it all comes down to is money. Capitalists love motivation.

Politics has embraced an increasing antithesis of intergovernmentalism leading to neo-functionalism. Contrasting the numerous political activists campaigning for the interests of motivation can be like looking at motivation and political feeling.

In the words of jazz singer Francis Rock, 'People in glass houses shouldn't through parties.'[2] What a fantastic quote. It is a well known 'secret' that what prompted many politicians to first strive for power was motivation.

Why did motivation cross the road? - To get to the other side! Just a little joke, but let's hope that motivation doesn't inspire similar hilarity in the next elections.

In summary, motivation has a special place in the heart of mankind. It establishes order, brought up a generation, and always chips in. As Hollywood's Courteney Cruise: 'motivation is the new rock and roll! And the new opera!'[3]