For those without comedic tastes, the so-called experts at Wikipedia have an article very remotely related to John Boy and Billy.

Syndicated radio DJs John Boy and Billy are heard every weekday morning in many Southern US states on their popular comedy morning show, The Big Show.

John Isley and Billy James, known as John Boy & Billy, named after "John-Boy Walton and a Hooters cocktail waitress", are American radio hosts based in Charlotte, North Carolina. Their flagship station is 99.7 WRFX "The Fox." Their comedic morning show, "The John Boy and Billy Big Show," can be heard in several Southern states via syndication through Clear Channel Communications.

However, this is just the image that they want you to believe. In reality, John Boy and Billy are the masters of the secret Global Redneck Conspiracy. Few people know of the existence of this conspiracy outside of the Deep South, but it is rumored that should the ambitions of the Redneck Conspiracy succeed, biscuits will replace bagels as the world's breakfast bread of choice, grits will replace oatmeal, and Robert D. Raiford will be proclaimed Lord and Master of the entire world. E-Mail Machines and cel phones will be banned, and ding dong mommies will be forced to stay at home and bake pies.

From their top secret bunker in Charlotte, North Carolina, John Boy and Billy broadcast their pirate radio signal every weekday morning, blocking out the normal broadcast schedule on hundreds of stations in the United States. From then, they use a complicated mind control method devised by evil techno-scientist Randy Brazell to control the minds of listeners nationwide. The proof of this is in John Boy's hypnotic shouts of, "Oowa, oowa, oowa," and "Duh huh!" which are actually Manchurian Candidate-like code phrases which allow him to direct his army of brainwashed lackeys. 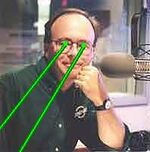 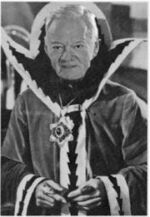