“Whatever, as long as it's name brand.” 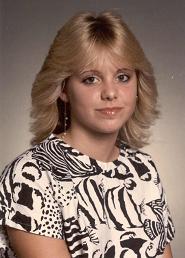 The mythical creature, the wily Jesse Homan (1970 - 1980), is actually quite factual. Often the source of legends and heroic tales, Jesse Homan is, in fact, a real person who lived for only a brief expanse of time in the 1970s. However, his hair remained a staple of 70s culture and served to become the subject of Patrick Winegar's play, "The Feathering."

The Birth of a Hairstyle[edit]

Jesse Homan was born in 1970 and perished a terrible death in 1980, and many came to wonder how he actually aged about twenty years within ten. Many scientists theorize that it is the work of the same virus that struck Robin William's character Jack in the movie Jack, based on the real life of Jack Fordferson. However, the virus also gave Jesse Homan a large amount of pronounced hair growth.

This hair created strength beyond that of average people, and gave him sight beyond sight. His height was unparalleled, and he was often credited with starting the trend of patterned shirts that plagued the people of the United States. Despite all of his strengths, his disease soon became recognized as a problem in the nation, and the people began to revolt against Jesse Homan. 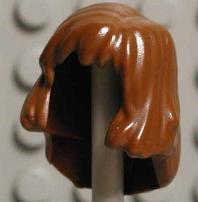 This is a Lego representation of Jesse Homan's hairstyle.

The nation did what it does best, it revolted against Jesse Homan. Jesse Homan eluded capture for five (5) years, thus he became dubbed the "Wily Jesse Homan." Using his hair to hide food and objects and stay on the run, Jesse Homan hid, supposedly, within the Underground Railroad. During this time, much was written about him. Fables, stories, fantasies, and legends alike all wove tales of the mystical man with "hair like a woman."

One tale includes his mighty battle against the legendary Thesaurus. 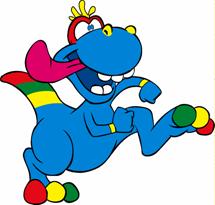 An artist rendering of the mighty Thesaurus.

In this battle, the Thesaurus claimed that Jesse Homan was not in fact wily or "The One." Much to the Thesaurus's disbelief, Jesse Homan used his hair to craft a shield and sword, which he used to try to slay the Thesaurus. However, the Thesaurus's blood is made of alcohol, which is told to have bizarre and often quick effects on the wily Jesse Homan. The alcohol quickly made Jesse Homan drunk, which sent him into a fit and made him overly friendly. This only proved to make the Thesaurus very uncomfortable. The Thesaurus told him, "Not cool man," and the fight was over.

Communism and His Life in the Later Years[edit]

In this five year period, Jesse Homan started reading heavily about communism. He discovered that he enjoyed the Socialist lifestyle, and that perhaps he could get in on their long standing tradition of unbiased hair coverage. Jesse Homan moved to the Soviet Union, only to find that it was really cold and that James Bond was always messing up the place. He stayed there for one year before taking his communism beliefs back to America, where he could disco and distribute the wealth at the same time. 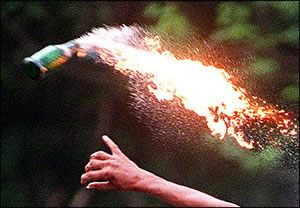 This was thrown on the wily Jesse Homan. It was kinda funny.

He started holding large conventions for people who also suffered from Featherititus, the technical term for his disease. Large groups of people began to hold rallys in his name, coining popular phrases such as "My Hair Feathers Naturally, Its Still Nature" and "I Made the Thesaurus Uncomfortable, Did you?" These rallies pulled praise from the communities that were affected by the disease, however, other groups were hard pressed to look at their civil rights as almost a joke towards other civil rights protests of the time.

Soon, other civil rights groups were protesting their movements. Protests of protests about protests became common place, and soon the wily Jesse Homan came under fire once more.

During a speech on Capitol Hill, an unknown assassin threw a Molotov Cocktail on Jesse Homan, setting him on fire. "This fire," as former Archduke and current band Franz Ferdinand documented, "This fire, is out of control." Jesse Homan died a heroic death, jumping on the assassin and taking him with him. His last statement was reportedly, "Your bios does not be installed." To this day, many do not know what this cryptic message stands for. One popular theorist suggests that it reflects on his earlier days where he screwed over a friend of his when his friend helped him move into his apartment. No one is quite sure.