For those without comedic tastes, the so-called experts at Wikipedia think they have an article very remotely related to Jason Nelson. 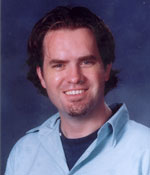 One of the many faces of Jason Nelson.

Jason Nelson was born Walter Nelson[1] in a secret experiment by the French to create the perfect American. Everything was going well, until eventually the project was broken up due to tax complications. The perfect American, therefore, was left to fend for himself in a harsh and unfriendly world of town planning. Although he spent time immersing himself in fake and broken worlds of fantasy, he eventually outgrew role-playing and used his talent for the fantastic to become Cyber Poetry Man! By day he is a Griffith University lecturer in Australia (What better place to be the perfect American…), but by night he catches criminals in elaborate webs of verse and metaphor. Real Americans don't need guns to fight crime, only ethereal shadows and nifty words of innocuous meaning.

His teaching style is at best described as 'bizzare', and at worst the words "oh god, oh god, my brains are leaking out my ears" have been used. He takes pride in not making any sense, and delighting his students with a weekly dose of random powerful enough to put a nix upon their kitten huffing habits and move on with their lives, free of cute narcotics. Despite this, Griffith University churns out a steady stream of cyber-literate students, year after year. This is put down to his latent psionic abilities, as real American's don't need to make sense in order to teach.

He is world renowned for his Cyber-Poetry, though nobody is aware of his secret double life and penchant for fighting crime in the streets of Surfer’s Paradise. He is powered up by the amount of hits he gets on his site, on slow days sometimes he gets a fever or needs to smoke more. Jason is also immune to rain, which means his hair and oftimes overgrown stubble never suffer from stormy weather. This is thought to be due to his ‘perfect american’ training. Real Americans never get rained on.

A brief run down on the perfect American. 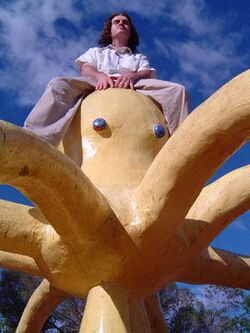 Jason not to be confused with Jason has appeared in a variety of different places across the board of cultural phenomenons.