~ Oscar Wilde on Isles of Scilly. 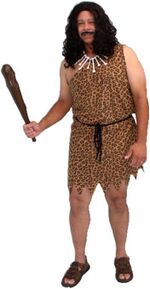 A picture of Scillian natives, taken by visitors to the Isles in April 2005

The Isles of Scilly are a small group of islands at the coast of Cornwall. On these islands time has slowed to a point where the folk believe that night is the devil's wrath; literature, technology, fire, bread, and the wheel have not yet been invented; and music is outlawed because people grow old and die waiting for the downbeat.

The entire Scillonian ecosystem is dependent on tourism. Visitors are lured from northern shitholes, such as France, by the islands' tropical climate. Once there, they are sacrificed by the locals and their genitals are made into the local delicacy, fish and chips.

Natives of the isles mark there territory with internet graffiti, such as "The Game".

Inhabitants of the Isles of Scilly are also renowned for their battle techniques. These they learned when they were invaded by Vikings in 2002. 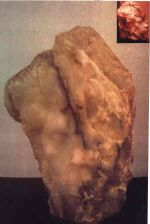 A fossil of an ancient Megman beast dropping. This coprolite stands 10 feet tall and is 4 feet in diameter, which means Megman's poopchute must be enormous. 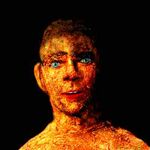 An artist's impression of what the Megman could look like.

The Isles are also inhabited by a wild beast known only as Megman. (Not to be confused with Megaman, or with Meg Ryan. Or with Cardamom, for that matter.). This beast is a tyrannical disctator, hell-bent on proving that the Isle can embrace Technology. During the great War of October 2005 local heroes who wish to remain nameless temporarily defeated the beast, prolonging the stupidity and prosperity of the the land.

But the beast remains, ravening about the edges of the Scilly Isles' Internets.

It now appears that the Isles have been invaded by Russian Singer/Songwriter/Fascist Dictator "Uncle Joe Stalin", in a move from his Hollywood retreat. Other celebrities have been spotted here as well: Clint Eastwood, Francis The Gerbil, Roger Moore, Darth Vader, Megan Guy, and Superman

Many paleo-proctologists believe the Isles of Scilly will never benefit from the modern wonders of science and technology. Most of the inhabitants are decended from clams, you see, and are therefore not inclined to accept anything more complicated than seaweed. Anyway, rising sea levels caused by global warming will engulf the islands by the end of the month. Some islanders have already begun reverting to their ancestral clam-like state.