Would you like to end up like the man on the bench. If so join the International Insanity Institution (I.I.I.)

This could be a mental disorder or you are very high, either on drugs, kitten huffing or sugar.

Some mental illnesses include:

I told my friend I was crazy, this is what she said:

She's dead now, I hit her in the head with a shovel. She was a Grue.

My earliest childhood memory was of the kitchen floor. My mother had just won the lottery and in her excitement had thrown me to the floor. There may have been earlier memories, but they wouldn't have survived the impact.

The money didn't last long however, as my mother foolishly invested her winnings, 42 million dollars in total, in the Chia Pet craze, and promptly lost it all.

Desperate and depressed, she left me in the family car, put it into neutral, and let it roll into the lake. I imagine her plan was to make up the money she lost with the insurance on the car, and simply wasn't aware that the ninth trimester was a bit too late to legally abort a baby.

Lucky for me the car was stopped by a rock that found itself positioned between the car's front left wheel and the water in front of us, and I was rescued by a passing police officer that noticed my mother desperately trying to push a car with a screaming infant inside into a lake.

Sure, high school's tough for everybody but I got through it ok.

That was the last I had seen of my mother. I spent the next seven years growing up in an orphanage. Life was pretty poor, but one fateful day things were particularly bad. I had just finished my meal stew, which I theorize was composed mostly of newsprint and cockroaches, when someone bet me twenty dollar that I couldn't touch my nose with my tongue. I accepted, and then proceeded to fail miserably.

Being an orphan, I had no money, and facing the possibility of having both my thumbs broken for not being able to pay up, I did the only thing I could do considering the circumstances. I grabbed the fork I was eating with and I jabbed it as far into his eye socket as I possibly could.

This remedied my immediate financial troubles, but now I had the problem of of a lifeless corpse oozing blood from its eye socket. Such things are difficult to hide and draw undesirable amounts of attention, so something else had to be done.

Hid the body in the nearest broom closet I could. There was no chance of anyone finding him, nobody ever cleaned around here. When night came, I snuck into the kitchen and took the largest knife I could find. I pulled the body from it's hiding place, and dragged it into the washroom, where I proceeded to cut it into small pieces and flush them down the toilet.

Unfortunately during the night four other people showed up, and increased the amount of cutting I needed to do four fold.

Just as I was finishing up a fifth person walked in. I hadn't noticed until I heard the his footsteps as he ran away, leaving a trail of bloody footprints down the hallway.

It was too late for me to chase after him, people were going to be pouring in here any moment now, so I did the only thing I could think of. I ran the knife into my chest, being careful to avoid any vital organs. 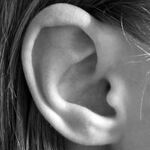 This is an ear.

When the authorities entered, they found me with the knife in my chest, laying in a large pool of blood. Luckily, nobody seemed to notice that it wasn't all my blood. Their only suspect was of course the owner of the bloody footprints, and my testimony sealed the deal. I had just gotten away with the murder of five people, and successfully framed someone else for it.

Of course I was in no shape for celebrating just yet. I spent the next five days in the hospital. They were planning on sending me back to the orphanage the next day to finish recuperating there, but I had other plans. I left the hospital that night without anyone seeing me.

I wasn't quite a free man, being only nine at the time I didn't quite qualify as a man, but I was free none the less.

I spent the next few months trying to sell stuff that I had stolen from other the merchants. In a strange twist of fate, it was all stolen from me at gun point by a local gang.

As it turned out the gang was smuggling drugs inside the door knobs in my possession, and they introduced me to my work for the next couple years. Nobody suspected the nine year old door to door door knob sales man of trafficking drugs.

Unfortunately as time went on I grew up, and with it my look of innocence disappeared. Trafficking drugs became more difficult and dangerous, and it became obvious that if I didn't stop soon I was going to get caught.

Of course one can't just leave a gang and continue breathing, so I had to get creative. Things had been going badly between my friend lately, and I told her I was crazy. As she was responding, I hit her in the head with a shovel. I removed all her teeth with a hammer, and dumped her into an alley near my next buyers house, and burnt her body until it was completely unrecognizable. 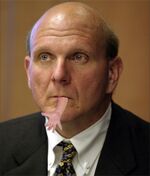 When the body was found it was assumed something when wrong at the rendezvous point, the buyer had killed me, and my friend had fled out of fear. Things were looking up for me.

I had made a fair bit of money during my short time selling drugs, and decided to invest it in the Dreamcast home gaming system, as it seemed at the time that video games were going to be a great investment.

I was wrong. I lost all my money, like my mother before me.

I decided my mother was right all along, and decided to finish what she had started. I got into my car and drove it into a hydro electric dam and drowned. In the process I left a small city without power for two days.

Being dead wasn't so bad. I saw the light at the end of the tunnel, but I decided not to enter it. I stayed behind so that I could spy on lesbians having sex.

I soon found out that animals, young children, and the mentally disabled could see me, and I conned one of them into writing my life story for me.

He was a very gullible person, and I convinced him to stick a fork into a power outlet. Then I had to find another one to write this last paragraph for me. But I just stabbed him in the back with a knife...heheheheheheheheheheheh. Nobody corrects me on my grammar...ever! So while we wait for the police to arrive i'd like to share this with you, its a mouldy doughnut ive been saving for a moment just like this, would you like some? Would you? Its got maggots & everything. You just cannot buy this at Gregg's its too upmarket for them. I told them all their Tuna was alive, alive-o once a not too long time back ago. They didn't wanna know just kept telling me to get off the phone, barstads, still it beats smearing margarine on old ladies toilet seats. That was deliciously earthy & meaty, you dont know what you missed...burp!