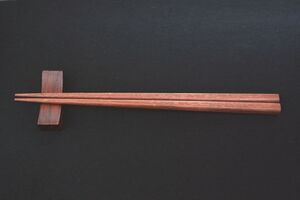 Chopsticks, the bane of the oriental restaurant goer.

Lets face it, oriental restaurants these days don't give patrons forks anymore. Instead, they hand out cheap sticks of wood known as chopsticks. The name alone has confused many patrons simply because they couldn't figure out how to chop their food with them. The reason these so called chopsticks are so popular among restaurants is because first of all, unlike silverware, they are made out of wood, which is much less expensive than silver, and second of all, because the waiters love watching the customers struggle with them.

If you hate oriental food, read no further, but if you love Chinese, Japanese, Mongolian, or North Korean food, this article may save you some embarrassment, and and possibly even some money. Note the emphasis on "may".

After learning the following techniques and practicing the various muscle coordination and relaxation/anger-management exercises in this article, you'll be eating with chopsticks like a regular oriental person.

Chapter One: The Keifer Method[edit]

While this method is frowned upon, it has been proven to be the most effective. However, it carries the risk that one of the waiters will file a lawsuit against you.

WARNING: DO NOT ATTEMPT THIS METHOD IF YOUR PLACE OF RESIDENCE PRACTICES EYE-FOR-AN-EYE JUSTICE.

This method is relatively self-explanatory. Hold the chopstick as you would a dagger, pointing downward. Raise your arm above your head, and, using the weight of your arm to apply extra pressure, swing your arm down in a swift stabbing motion so that the chopstick will impale the food and you can pick it up and insert it in your mouth. If necessary, you can hold the chopstick with both hands in order to increase the force with which it is driven into the food.

The advantage to this method is that it is a very familiar motion. We've all stabbed something in our lives, or at least fantasized about it. I know you have, don't deny it.

The disadvantages of this method are obvious. It is impossible (or at least very difficult) to stab your soup and put it in your mouth. The same goes for noodles, small berries, and sauces.

In order to master this method, go around your house with a knife and stab anything soft, e.g. cushions, beds, bread loaves, couches, pillows. Once you are adept at hitting the spot that you are aiming at, continue on to the next chapter. Please don't stab your neighbors. That's what chainsaws are for.

Fig. 1 They tell you not to put the chopsticks in your nose, but it is actually a great Icebreaker at parties.

This method involves holding the chopsticks between your gums and your upper lip, as if they were the tusks of a walrus. While this is completely useless for eating, it does get a great laugh at parties.

Variations to this method include sticking the chopsticks in your nose (fig 1.), your ears, or holding them on either side of your head and pretending to be an extraterrestrial being.

The No-Sticks method is the two-finger chopstick method in which the finger-to-food-interface is used. The thumb and the forefinger are used to pick up food and drop it in the mouth before it drops on the floor. The fingers are then cleaned of any excess edible material, either with the mouth or with the napkin. The method is then repeated until the plate is cleared, after which any remaining edible material is cleaned up with the tongue.

This method is the easiest method of all of them. In fact, you don't know it, but you've used it since you were too young to remember. Begin with placing your chopsticks on the table next to your plate. Then, slam your face against the food with your mouth touching the plate. Breathe in deeply through your mouth. That's all there is to it. Remember to wash your face afterwards, or your date might find you disgusting.

Hey, we all screw up, and sometimes we screw up with such frequency that we start to lose our better instincts. Of course, we don't use the "A" word here, we call it loss of moral control, and its an embarrassing thing. The waiters aren't helping either, with their stupid, grinning faces.

When you feel like you've had enough of those stupid chopsticks and those stupid waiters, don't crack. Just follow these steps.

If the following procedure does not help you calm down, lock yourself in the bathroom and scream for a while, you'll feel much better. If you don't, consult a psychiatrist immediately; you may have chronic aggression.

By following these exercises in public as well as at home, you can not only keep your cool, but also save yourself some stress and a potential lawsuit

That's the end of this short course on chopsticks. By practicing these exercises daily, you will most certainly be eating your California rolls like an expert before the end of the century.

If you failed to grasp these concepts yet you still continue, I fear for all of us, but I admire your diligence. Just try not to hit anyone's jugular vein.