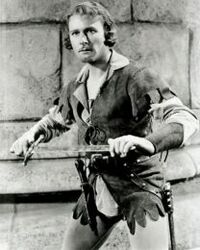 But why? Don't you future people have fire lances like the Chinese?

Haven’t you ever been disappointed by the X-Ray glasses and sea monkeys in the back of your latesst issue from DC Comics not giving you the ability to look at girls naked like Superman or command all life beneath the sea like Aquaman? Isn’t your older sister still recovering from the Red Rider BB Gun inflicted welts when she played Wonder Woman and told you to shoot her, and aren’t you tired of the Green Lantern decoder ring not translating all languages like they said it would? Well REAL arrows are even MORE dangerous than TOY guns, particularly when you use your junior science kit to make your own chemical weapons like your dad secretly does at the munitions plant to fight the North Koreans using invaluable industrial waste that our country would just be throwing away!

Yes now you too can be like your 8th favorite hero Green Arrow! Oliver Queen was never a child prodigy with a bow, he just had lots of money and time, which is all you suburban American youth need in order to fight crime in your neighborhood. Who needs a seat belt to hold them back when your driving in your very own car equipped with an ejector seat like the Arrow Car. Haven't you always wanted to be the illegal ingenious Green Arrow and fire a hollow wooden shaft filled with dynamite in order to blow up the bad guys like Speedy and get yourself trophies signed by the FBI for your crime fighter trophy room in thanks for your hard work protecting and serving your community by giving them plausible deniability for their own illegal vigilantism.

All you have to do is be the lucky winner of the DC Comics child endangerment sidekick sweepstakes and win a trip to Star Fish island, only recently the site of an above ground nuclear test, sure to give your superpowers with the healthy dosage of radiation alone. There, the harsh conditions will either kill you or unleash your inner Robin Hood Crusoe like Oliver Queen, than you’ll be ready to go toe to toe with such classic foes as, generic gangsters with guns, costumed gangsters like the Red Dart and Clock King, and mad scientist gangsters inside giant robot creatures or some other gimmicky gizmo of a vehicle that's not remotely road legal, like jet powered air cars, giant magnetized bubbles or underwater shark mobiles. No aliens though, aliens are strictly out of Green Arrow's depth, and he has to get bailed out of an alien prison cell by the Justice League, also no one who actually has super powers, that would be like bringing a knife to a gunfight.

So save your irradiated breakfast cereal box tops to turn in for your chance to become a real American hero today just like your older brother in Korea, which coincidentally, is where the runner ups get to go!

If you see something sharp and dangerous in your dad's garage like lawn mower, acetylene torch or oily rag arrow, than be sure to ask permission before testing it in a makeshift missile. With an umbrella arrow and gardening hose arrow you can water the lawn in a way that will be sure to impress mom, just be careful with the fertilizer and garden spade arrow, I think that's technically a bomb when you combine it with the incense arrow. They sure will be proud of you when you use mom's silver jewelry to create silver iodine cloud seeding arrows, and what better way to use up old batteries and their acid than using electrical arrows to add lightning and acid rain? Or the fire extinguisher arrow to add some snow? Some of the stuff from the medicine cabinet would make great arrow poison too, but make sure no one needs it to live first, it's the correct thing to do. Never mind 5 years, why it only took evil billionaire con artist Hector Vance a couple of weeks to match the Emerald Archer in skill!

They'll also be plenty of antique arrowheads deep underground outside the walls of the backyard nuclear bunker. So save your pennies, though not for the no purchase is necessary superhero sweepstakes, as you'll need them to forge into metal arrowheads in the post nuclear holocaust you'll be inheriting once the bombs fall, than you'll be thankful for the lifetime of irradiated wheat and grain cereals to help you grow.