HowTo:Be a successful stand up comic in America

This guide will help those of you want to become a stand-up comic in America(North America to anyone else in the world who is aware that there is 3 countries with America in the title). And yes, we are about to give you more information then just "quit sitting around on your ass and start being funny, motherfucker". Most new comics will need to fill possibly a 15 minute time slot. So here is how you can fill that 15 minutes up with ease to be a successful north American stand-up comic.

Step One: Your Audience are Dumb Mother-Fuckers[edit] 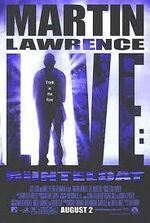 The fellatio method suck my dick you stupid ass mother fuckers approach of getting an audiences attention is vital when first coming out on stage. If you try to begin with your best material, you will fail miserably. Your best material is not worth shit to an audience until they know you and them are on the same page. To warm an audience up requires no comedic talent what-so-ever. Your first act is to work-in overly patriotic comments. You will want to mention that the city you where just in sucked, and that the one you are currently in rocks, so much, you just have to shout out the Cities name followed by something the town loves. Try for instance; "Hi, I just got in from Utah, what a shithole that was. I'm so glad to be here now IN NEW YORK FUCKIN' CITY... HOME OF THE FUCKIN' METS!!!!! WOO!!!! WOO!!!! WOO!!!!"

This will gain the respect of your audience in the club you are playing to, and will often buy you 3 to 5 minutes of cheering and round of applause from every drunken asshole in the club that can not work out that a massive cheer of support for the town and it's sports teams is just a cheap diversion for a cheaper applause, 'cause they may soon hate you when you start telling your crappy jokes and they find you as funny as the actual reality of their favorite shitty sports team. Remember to milk this method and ask audience members if they happen to be from towns names that just even more so happen to be around the local area of the club you are playing at. "Yo, anyone from Queens?". Leave it at that and go onto the next town for a cheap applause, just don't follow it up with, "Yeah, that Figures! This show here is in Brooklyn, you dumb-ass jew lookin' fuck, of coarse some of you stupid bastards would be from Queens, fuckin' douche-monkeys". After-all, we don't wanna break the stand-up comics code and let audiences in on the time wasting scam.

Now that you have these drunken dick-lick's in your hands. It's time to see just how drunk, dumb & rowdy they really are. Tell your first joke, and cross your fingers that you might actually say something funny. Don't worry, if you fuck up and get no response, just mention how much of a cocksucker you think Osama bin Laden is and you will soon have the drunken assholes cheering and licking air for a taste of their tongue in your ass once again. Once they are done showing their patriotism for America. You now should be about halfway through your act. So, roughly 7 more minutes to go? Hold tight, and don't panic, we're about to tell you more, kid.

Another way to recover your sinking ass is to pick on someone. Whether it be a celebrity that has been in the news recently that everyone else is hating, or people that are always hated, like politicians. You can never go wrong telling a political joke about how much you think George Bush Jnr fucked the country, as long as you end the sentence with "but still, America is the greatest mother fuckin' country in the world" and get the audience to start chanting "U.S.A, U.S.A".... Once this joke avoidance scheme is done, you should have about 4 minutes left.

Begin your next sentence with something like "So my wife of xx amount of years is pregnant"... or "My wife of xx amount of years and I just had a baby" then pretend like you have more to say but stop as the audience gives you a round of applause like you are the first person here on Earth who has ever managed to work out the formula of dick in vagina + cum = baby. If you are appearing on a talk show like say, Leno or The Late Show with David Letterman, mention some old as fuck celebrities name that has won Oscars and Academy awards like Dustin Hoffman or Sally Fields and again just sit back and wait for the audience to applaud at absolute shit for no reason. This is what gives meaning to the line for entertainers "It's not who are, it's who you mention for no fucking reason at all for a cheap round of applause".

By the time the audience has stopped clapping, you can now wrap up the final minute of your act.

Step 4: Your Audience where Too Dumb to Know[edit] 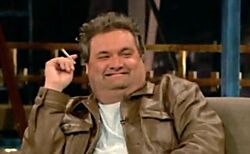 pffft... of coarse there is more then 4 steps to time wasting an audience. Just watch the final 10 mins of my DVD "Jack & Coke".

Finally, wrap the show up by getting the overly drunken patriots to stand up and cheer at more useless shit. Mention the war in Iraq, and how you think the troops are doing a great job, and milk your sympathy vote for all it's worth and end on the old cliche line "God bless America... and FUCK THE REST OF THE WORLD" and you can now leave with a paycheck for the illusion of being a successful stand up comic.

Your reviews will say nothing bad about you and you will gain more employment elsewhere across the United States.