For those without comedic tastes, the "questionable parody" of this website called Wikipedia have an article about Henry Rollins.

Henry Rollins (born Henry Lawrence Garfield; February 13, 1961) is probably best known for his risqué “comedy-musical extravaganza” The Black Flag And White Minstrel Show. Due to this he has received a certain amount of notoriety or for the sake of using another word, infamoumy. This ranks him slightly bellow Robert Kilroy Silk but above Adolph Hitler.

Henry Rollins was a punckrocker, until he got enlightened with an overwhelming load of knowledge and developed a notion that he is obliged to share that knowledge with YOU - thus he became a VERY outspoken individual.

While most regular kind of guys don't think much of themselves and usually live their lives content with just being imbeciles, Henry refused to stampede down the already beaten path and did the unthinkable - out-thinked the most conventional thinkers consequently becoming an un-conventional thinker.

Most philosophers and scholars choose to ponder on and gather their thoughts in quiet contemplation - seldom speaking out unless spoken to. But Henry uses intense logic, which is seldom open to interpretation and must be accepted on its face value. Unbeknownst to most listeners, Henry also uses a slightly higher decibel levels when speaking out and making his point. This clever technique combined with his intense logic and his intense personality is able to stupefy and consequently bury any opposition - thus obfuscating any doubts or reservations that you may have about the topic itself OR about his rhetoric OR his persona. His oratory prowess, eloquence, and his unique technique may be unorthodox and controversial by the industry standards - as in most circles it is simply called a "rant". 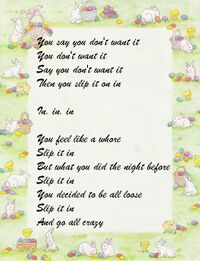 As a child Henry excelled in school, soon reaching the top his class when he was the first 9 year old to ever successfully read A Tiger Round For Tea “all by himself”. However on his 11th birthday disaster struck, his family told him that they had went bankrupt and they had to move from they’re loving environment of Detroit to the tough suburbs of Washington D.C. just to get by. Why they decided to tell him this on his 11th birthday is beyond me, could they have picked a worse time? Pair of assholes if you ask me.

Henry found his experiences in Washington D.C. traumatizing with the number of KKK members rising in his area it as a difficult time to be a child of two different races. Due to this he was frequently bullied with his abusers mocking the fact that his father ran the 100 meter sprint and his mother was Pakistani.

This of course didn’t stop Henry writing his poetry which he found the only thing he could confide in…the poof. Deciding it was time to move on, at the age of 34 Henry left his parent’s house. This would prove a vital step in Henry getting a life. 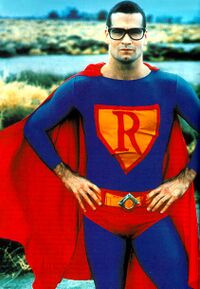 After finally moving out of his parent’s house, Rollins decided to rename himself as to signify a new beginning. However in reality this wasn’t why he renamed himself, he chose to change his name after he had been mocked about his weight being dubbed “Henry Rolly-Polly” by his tormentors. Several months of intense thinking followed until he settled on “Henry Garfield” seemingly unaware that Garfield was the name of a morbidly obese, ginger, cartoon cat. 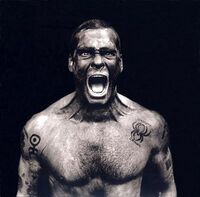 Henry (can I call him that?) stars in “The Black Flag And White Minstrel Show”.

Living on roadkill and “hobo charity” for 6 weeks Henry (can I call him Henry? I don’t know him, well I guess I’ve called him that for the previous parts of the article so I might as well continue) had hit an all time low. Until he struck artistic gold with the idea of “punking up” the classic, family-friendly, racist variety extravaganza The Black And White Minstrel Show. Attending several meetings in what Henry (seriously, can I call him that?) would later call “a ragged thong” he signed a deal with Fox after a small debate over the content of the show, Henry went on record saying:

The show was a raving success with that weird, white guy from The Prodigy who sings that good Prodigy song…you know…I think it says “fire-starter” or something. claiming it as, “One of the most humorous programs to have arrived on my picture radio in a long time, I tell you dear fellow laughter ensued. Bravo! BRAVO! A triumph indeed.”