“We have had legendary arguements with flies!” 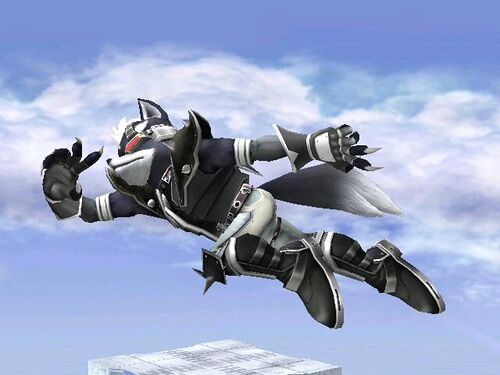 Flies are very small fighter jets created as an attempt at a new kind of modern warfare. However, the project was abandoned, leaving the small airplanes to zoom around the world unabated and frighten dogs.

During World War II, the United States government was desperately seeking innovative weapons to use against the Nazis, whose scientists were rapidly expanding the German's military technologies. A group of drunken weapon developers came up with the idea one night of a very small airplane disguised as an insect. The conversation went something like this:

"Why don't we make a plane that's only a centimeter long?"

"Wait...this is America! We don't use centimeters! Why are you talking in the metric system?"

"Shuttup, you're ruining the plausibility of the article."

"Yeah, we can make it look exactly like an insect! And then it can easily infiltrate enemy lines!"

"No, it won't explode, it'll just make annoying buzzing sounds and fly around. It'll be a new frontier of psychological warfare!"

The inventors then set to work using advanced technology to fit all the machinery of a fighter jet into a fake insect about the size of a pebble. After eight months of development, the men finished the first ever fly, and proudly announced to president Wilson: "We've created an airplane that's only a centimeter in size! Now all we need is a pilot the size of an ant, and we'll be able to use these babies against the Germans!" It was only then that they realized how foolish the idea was, and abandoned it for the time being. 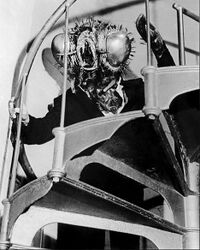 With the tensions of the Cold War, however, flies would once again be used in conflict. In the period between the 1940's and the 1950's, the Army developed technology that could make the flies fly all by themselves without human pilots steering them, in what general McCarther praised as a "Technological miracle that is implausible even for an Uncyclopedia article," to which his press secretary said, "Yeah, well you certainly aren't making the article any more plausible by talking about it to the readers! Hell, thanks to you, most of them have probably abandoned this article for something less surreal and incomprehensible, like Kitten Huffing!"

However, in determination to keep readers interested in reading the article (and to spy on the Soviets), the army produced a squadron of several thousand automated flies, all of which would be sent deep into the heart of Soviet Russia. The problem was that, while the flies were equipped with automated steering systems, the systems didn't work at all, so instead of going to Russia, the flies simply started zooming aimlessly around the world. Years later they hear word of a the smallest man alive. This is how the Germans lost the Cold War ...blame the pigs erm I mean cops!

Despite the fact that the Fly Project was clearly a failure, the United States army continued the expensive process of manufacturing flies for the next 20 years. "It's not pointless," asserted one general, "Sure, none of the flies achieve any purpose at all--but maybe one day one of them will fly down the throat of the Russian dictator! Then we'll win the cold war! That's surely a justification for wasting several million dollars a year!" After this statement, a member of the audience said, "Wow, what hypocrisy! It almost seems as if those are the sort of comments that would show up on a comedy site in a bizarre, self- AND IT WAS AWESOME!!!!!