Obviously gay hero from the game Star Ocean: Till the End of Time(also gay). He is also seen being a transvestite as well as letting his boyfriend give him mystery injections. 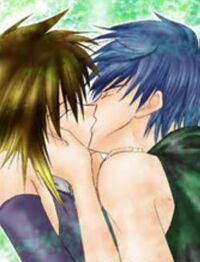 Albel Nox and Fayt kissing. is this proof enough for you that he's a freaking fag?

Fayt Leingod is a college student who went on a vacation to some resort with his HOT girlfriend/cousin, and the place ended up getting invaded by aliens. The aliens with their superior heterosexuality( whereas Fayt just pretending so he could get in on his hot cousin) scared him off where he ran away like a little girl into space embarking on a journey so boring, that 90% of the people who played it died of boredom, thus killing off 100% of the fanbase that had some IQ.

Fayt Leingod then got tired and decided to invoke onto a filler story that took up 99% of the whole game and then got sick of it and ripped the actual story from the Matrix.

He then solved the problem, and the idiots that worshiped him celebrated. 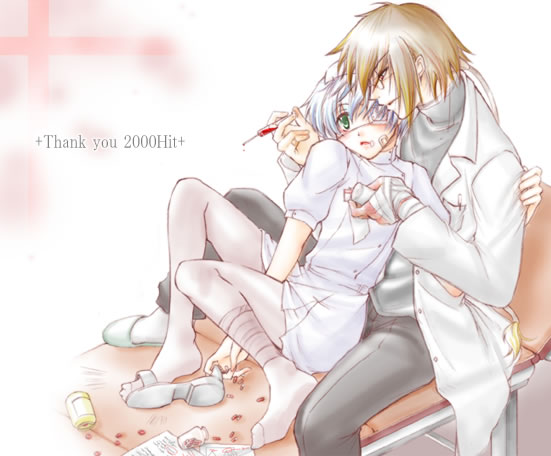 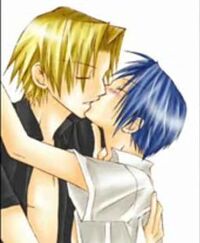 even more evidence of gayness! this is Cliff Fittir Fayt's kissin', that blond guy no one cares about.

Fayt Leingod currently has 97 sexual diseases, all which came from male prostitutes and his male teammates, especially Albel Nox

Fayt Leingod was born with the gay gene that Led Zepplin sang about. It also gave him a destruction ability, but besides the point, it was overridden by his feminisque.

He also grew wings, which he quickly used to seduce butterflies.

Throughout Fayt's life, he has faced many rivals.

One of Fayt Leingod's rivals is Lloyd Irving, who often uses the Eternal sword to travel across dimensions to PWN him in various mannerisms. One of these being merely standing near him, in which Lloyd's man-vibes knock him out cold. An example of such would be... Lloyd Pwning Fayt, Circa 2004

Fayt Leingod also likes to get in fights with his toaster, which often PWNS him as it pops the toast out when Fayt is looking over it. This is ironic due to the fact that he invented a machine that made toast(see below).

Fayt Leingod has also been seen in a duel with Milhaust. While the original file video was destroyed, a picture of the recording still exists. It is not known why Milhaust pelted Fayt, but it is guessed that Fayt Leingod tried to prove himself to someone.

Fayt Leingod often, like the normal generic teenager that he is, thinks he is the best, and the most hawt out of all of God's creations. In which case, which is probably why he has little fights with Zelos Wilder about who is hotter. It's about dead even though, since he wins half the time and Zelos wins the other half. Both are shunned and eventually they will stop bickering when the final battle between Oprah and Jesus ends, which is when Zelos Wilder will take off the sea monster outfit he was wearing for fun. When that happens, there is no need to debate anymore because the winner is clearly Zelos.