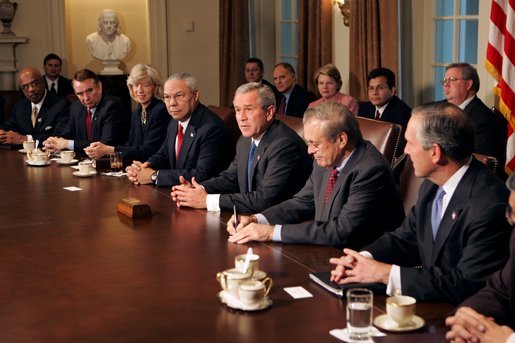 “It is hereby unlawful to create an air of clear and present danger by yelling "Fire" in a crowded Taco Bell.”

Electric Six are the founding members of fauxtestosterock, a new meta subgenre of indie rock that is currently too ironic for Pitchfork.com to understand. Hailing from Crotch, Nebraska, the band is best known for having the longest penises in the music industry. Formerly known as the Mild Gang, the band has seen many personnel changes over the many years they have been performing. The founding members of the group were brothers Larry "Penis Valentine" Wallace on swagger, Chubby "Disco" Wallace on ejaculation, Dizzy reed (yes, that's him!) on keyboards, two brothers called Moe on guitars, Mikey on bass and banjo, and Pete Best, their original drummer who was kicked out of the band only months before they became famous. Pete Best was replaced by drummer Mitch Shack, who subsequently died of a heroine overdose only hours after joining Electric Six. Shack was replaced by Mike Thurman, a drummer from nearby West Virginia, who was run over by a cement truck and killed while hitchhiking to his first practice jam with the Wallace brothers. Mike was then replaced by a person only known as Dave. Dave performed on their 3 hit albums before leaving voulntarily to form his own band Aerosmith under the secret name of Steven Tyler. The Wallace brothers, facing a real crisis without a drummer, turned to their original drummer, Pete Best, and asked him if he would consider re-joining Electric Six. He told them to fuck off. Electric Six has since broken up and all founding members are pursuing solo careers.

However, there have been rumours sperading among some of their fan websites and Myspace that they are planning a comeback tour with Roger Daltrey from The Who on guest drums. Many so called "offical" Electric six websites claim that the band "will never ever ever ever get back together, not in a million years. If they did, it would shatter their image for the rest of time." That is unfortunaltely true, since Chubby is now in prison for staging a concert in a communist country that cannot be named for legal reasons. They were going to tour with Black Sabbath in the 1990's but it was cancelled due to Jozzy's heavy drinking and suspected Parkinson's Disease. (For more information, see the Black Sabbath article).

Another rumour that has been spreading around myspace is that Electric six are reforming completely and producing an album. Since Chubby is in jail, this rumour is untrue, but Larry once stated in an interview with his band Nebraskahead that the chances of Electric six getting back together are "Very likely. As likely as us covering Singles Bar." A mathmetician called Stephen Hawking once calculated that the chance of this happening was

By the way, the C means certain.