~ Tupac Shakur on Church of Awesomeness

The founding of the Church of Awesomeness[edit]

It is hard to say where the Church of Awesomeness comes from. Many people believe it is an offbranch of Hindu mixed with some Roman Catholicism, but these people are mostly homo-sexuals. The most popular theory is that Shigeru Miyamoto founded the religion back in the days of Godzilla worship in feudal Japan. Miyamoto supposedly mounted a laser cannon on a Famicom and took down the oppresive overlord. He decreed that a new religion would be formed. Then he declared the 10 rules of kicking ass. 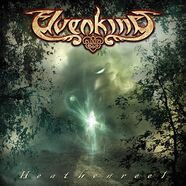 The one piece of musical prowess that keeps the Church alive every day. The choir sings their music every service.

THE TEN RULES OF KICKING ASS[edit]

6. Be friends with people that have Cars

Services usually start off with everything having no order at all, with multiple televisions laying around and Xboxes scattered everywhere (said to represent the world before Miyamoto), then all the cords are hooked up and the pizza is eaten (said to represent Miyamoto's victory over Godzilla.) Then all the members claim their seats and screen positions (representing Miyamoto's new religion) then they proceed to make all the opponet's bases belong to them (or flag or whatever. They aren't picky you jackass.) 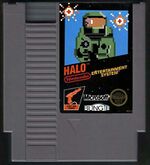 The fabled game that contributes to much of their 1337ness

Some members of the AVGC, like to participate in the World of Warcraft rituals. These rituals can get quite hectic, that is why only a few amount of people may participate in them at one time. To perform this ritual, you need the fabled WoW game, a good graphicizing card, and the good interwebs. These rituals also require a high amount of souls, and can sometimes include phonotelekenetic conversation, in which the phonotelekenetic conversers, do many quests and sometimes PvP. Some members seem to think that these rituals take over your life, and suck the elements out of the MMORPG bretheren, RPGs. These people are also known as asses and will soon be banished from the land. But their assness holds an element of truth. On occasion, people playing Warcraft deny themselves food, water, sleep, and sadly enough, even sex, just to get that one more level before they get off the internet. Then they realize that it is 4 in the morning, they haven't eaten in 5 days, and they haven't bathed in the last month. It is a danger that every MMORPG holds, especially Warcraft. Remember, play Warcraft in moderation.

But the only thing more important than Warcraft in the Church of Awesomeness is nothing other than ELVENKING!!!!11!!111 WTFOMGROFL!!@!@#$@!$!!! For Elvenking is the greatest band to ever happen. Unlike Cannibal Corpse, which is music for terrorists/Necrophiliacs or Daniel Powter, who makes music for Richard Simmons sympathizers.

Originally the religion involved a few guys getting together and worshiping a guy called Mario and his followers Link, Samus, and that dog from Duck Hunt. These people would circle the Famicom and then the Famicom would select two people. These people would play a vs. game of Mario. The loser was executed and the blood was poured into the NES. (Making it more powerful) This however is the oldest form of the religion and is only practiced by some guy in an run down New York apartment.

The Expansion of the Religion[edit]

After a few years the religion had expanded to the U.S. and parts of Europe. Some of the followers started to question the religion for reasons untyped. Then a prophet named Bungie sayed that they would renew the fate in people. They created a new game and a system called a Halobox. Now 16 people could play on consoles together. Plus the people finally found out that sacraficing people was just stupid so they stopped that. God they were dum.

The followers believe that there will one day be a final Halo game between the forces of cool guys and the asses. They practice with each other so they might better be ready for the Final Game. If one should die in the real world they believe that they will respawn in their favorite Halo map (except people who like waterworks. They get to burn in hell.) and play an everlasting game of whatever game they like best and their will always be a nice competition, no noobs, no asses, nothing but peace.

May his holy rocket connect with your spiritual Wraith Tank, only then will you truly respawn. -Sarge 13:1112

All your base are belong to us. -QBob

It is said that the religion owes its existence to this organization. If the organization of AVGC had never formed their might not have been anymore meetings of the believers. Some say that this was just a way to get a powerful religion to owe them something. It isn't impossible that the AVGC is actually plotting to take over the world. With what little information we have, it can be speculated that if they are going to take over the world it would be sometime around when Halo 3 comes out.

-Floyder - Also known as Rabbi Drew (or ASS! to Shamus Mcsanchez) He is one of the founding members of the AVGC and half decent Halo Player, though no one gives him credit for it. He is also a great leader of the Jewish faith, helping them overthrow their oppressive Mongolian overlords in 403768 BC and merging the Jewish faith into the Church of Awesomeness. Known to be close friends with the great religious leader of the Scottish, Mr. T.

"I believe that the Irish have suffered long enough at the hands of the Mexicans. Look at me. I am unity. My mother was but a Mexican dancer from Mexico. Mexico is where she came from. And my dad was only an alcoholic, crack addicted ninja. If they could have unprotected sex in a back alley for only 3 dollars, imagine what our races could do together. Mexico and Ireland. TOGETHER!"

-Squishy Duck- Czar of the AVGC and the winner of the "Dumbest HaloBox Live screen name" award. Tries to show off to everyone using his guitar skills, but doesn't realize that no one gives a damn about his abilities. "Anyone up for a game of snipers? No? OK!!! Let's go!!! Oh! What's this? I win 25 to 7!?!?! Who else saw that coming because I sure didnt..." "OMG!!! My hands are cold. That's why I lost!!!" "I just haven't warmed up yet..." "Whatever I'll just go out and skate" 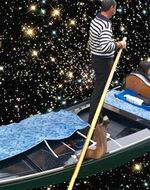 Pirates are an intregal part of the Church of Awesomeness Hierarchy

-Small Irish One- (Also known as the Leprechaun King) The one that brought Halobox modding into the AVGC. Some believe that this expansion of religion is wrong, but only when it is used on Halobox live. He is known to make decent mods and some texture skins, when hes not feeling lazy or busy with something else.

-Guardian- How did we meet him? Who knows? It will forever remain a mystery.

Your link to salvation AVGC and the Church of Awesomeness