Broken English is form of Binary which can take many long hours to know good but Broken English can teach quicker. Broken English is used for many people in New York City to jpspeak in Canal Street, where this born. Broken English purpose to collect all people on Canal Street, Black People, White People, Asian People to speak one language so no confusion, no?. Many immigrantes from my country do same ting and speak same this way. It give many benefit to us, especially to Russia and Hitler. Broken English is new very fast ... instrument ... to communicate with people that are not you and want to do something when you give money. The broken english not consist step of those to not have of the articles. That is very of more complex. The broken english no is for smile all times, somes times that's difficult for to comprehend only. 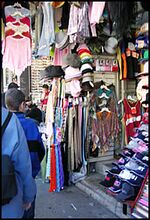 Broken English born in Canal Street from Michael Lecolant. He was mother. Husband was Your Mom and Your Face. This was marked when two people wasn't allowed to speak Traditional Chinese or Bangladeshian because they did not do learning for it. No homework for both of those people. Michael Lecolant used all english he knew from watching Hey Arnold and Spanish Soccer. After taking much valuabled time from both staring to each othering face, they decide to make new way of speak for each other. Much days were lost, and then Broken English was doing the speaking.

Not to confuse with music[edit]

Broken CD can not do first page good.

Some of people think that CD maker Broken English makes their name first. This is not right or left. It is only wrong. They turned their name to Broken English because we people who speak are smart and make look like Dave Thomas. Most of time, the music producing place did not sing right or good and must need their time to be used inside place where they learn to speak of things with music together. These people need help brown fast to play better. 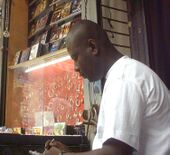 Man say he good at BE. Many people of black do same.

The language for computer understanding is now being said as BE# .NET/MONO/GTK to make sure that many people with eh different computing ability for platform can all use well Broken English. Broken English is a universal speaking tone of voice, so this way it is easy for the India to use and make production pictures for company Dell because they cannot build computer good quick easy fast hard quick. They make me wait for so long for computer so i go to DMV to purchase new motor vehicle. New motor and vehicle can make person go fast when in car. If car is fast then people is more faster. I wish this way that i could read Pamela Anderson's poppers. Bill Gates is havcen't since been the first only man to read them quick and good so that other people are shocking. aehhh... 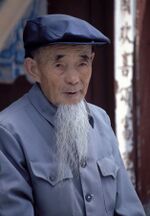 Example of Broken English speaking in way that has New best made recall from writings deep great king of BE prosing, Getchu:

In behind above and or BE from writings deep king great BE prosing, Getchu, from finding true finds of greatness with controllings of parts within tube rails, found method forming for New BE before old. It clearly and made being with similarities of form basic or prior to BE. Leading this to call for Broken Broken English from talkings by minds masters BE, conflict words makes.

Way to know for real when people can say things with BE.[edit]

Ask if they do not come being born in the America. If are doing work on Canal Street then many words they do speaking good for. You can do well business through giving money in each hand and asking for object you ask for. Many people do this it is called commercing. people in suit on train go to do same at Wall Street and go do like Jim Cramer but he does not speak in good BE. I do not know what the man say on TV so i do not like. He must say things of my family and bad things to say. He like look angry to when he do round of lightning and Cock. I built garage by hand and with friend. He like construction too i like it. They we are then both being friendly to other one like us but we no is gay and we build all good things like building for god for the man called god. Father say god is good but he only do bad things for family i live to be. I think that father gay because he no have sex wit girls but wit small boys too much.