From Uncyclopedia, the content-free encyclopedia
Jump to navigation Jump to search
B-3 Skylancer
left 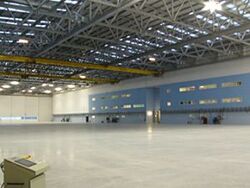 A squadron of B-3s being refitted in their hangar.

“If God wanted the B-3 Stealth Bomber to exist, He wouldn't have given griffons wings”

~ Oscar Wilde on B-3 Stealth Bombers

Apart from tremendous casualties during several forced suicide missions there was one major factor which caused the bombers to fail miserably in their function of delivering napalm cookies into every corner of the world: They never existed. 'Cause every child knows, that there was, is and will never be any B-3 Stealth Bomber, despite the rumours or even, in this case, military defence programmes getting started.

Thus the aircraft can be seen as a silly myth tenaciously holding its ground despite the absence of a single bit of credibility. It enters these ancient halls along with Nessie, Chinese democracy and fretless guitars. Bigfoot, currently living happily married with his buddy Yeti in Austria, is no longer considered a member of this list as he strongly denied the gossip about his non-existing nature in countless press conferences. He also stated, that to his knowledge there is no B-3 Stealth Bomber. 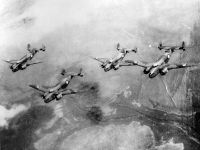 Four Galaxy-Class battle cruisers escorting a single B-3 over Dresden in WW2.

There is one of the usual conspiracy theories involving freemasons and the Wright brothers presumably circulating around the Internet and the Bildzeitung. So far, it can be said, that it also has never existed.

Conspiracy theory on lack of any conspiracies[edit]

For those without comedic tastes, the self-proclaimed experts at Wikipedia think they have an article about B-3 Bomber.

In this case, not even rumours evolved.

After the aircraft's producer Daihatsu realised that his products caused a gigantic deficit by not actually being in a state of being, manufacturing was immediately terminated....or was it?