Having trouble deciding whether or not to kill yourself? Family and friends hoping worried you'll end up 6 feet under? Well, you're in the right spot to make everyone's your hopes come true.

You should kill yourself for many reasons. Your horrible odor, sweaty armpits, WoW addiction, Justin Bieber Fan, the fact that you can't get a girlfriend, (and even if you could she'd be totally freaked out at the insignificance of your penis), acne, lack of athletic ability, you can't ever be the Guy in "I Wanna Be the Guy", and even when you go on Facebook you have no friends should be good enough reason for you. The world would be better off if you killed yourself, see? No need for theatrics, just get a gun and blow the pulpy, unused mess you call your brains out. Be sure to aim away from anything someone might want to use at a later date, as they'll be burning anything that has been tainted by your monumental stupidity. When you see a certain person that you do not like, you would rather kill yourself than have to deal with looking at their ugly face. Not to say any names.

Maybe you lost your cell phone, the expensive one with all your contacts and fancy apps on it, or even your portable music player with your favorite songs on it. Just think, if you're the first one to come up with an original reason, no matter how trivial it may seem to some, maybe others will call you "an hero" just for being original. Or maybe you just want to get revenge on someone, and what better revenge than making them clean up your remains and sanitize the area in hazmat suits? Perhaps you are "different", and are too lazy to work hard and convince the world that even someone who is "different" can accomplish great things. Another possible reason is that you always wanted to try one of those fun things you saw on tv captioned "Do Not Try This At Home". Or perhaps you are tired of learning new things, trying new fun things and meeting new, but similar people, have forgotten all your pleasant long-term memories, you believed the people who told you that industrial strength bleach was good for you and called it some kind of miracle mineral solution, or simply are tired of moving and breathing. These are all great reasons. 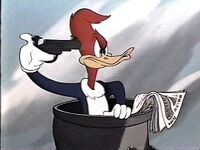 Now THAT'S how it's done, bitches.

See, here's another reason you should kill yourself: you are too stubborn. You lack the essence in which a reasonable human performs. Or, in other words, you're a noob. No-one likes a noob, not even other noobs. Also, you're probably absolutely a fatass. This puts severe limits on your athletic and romantic ability, as well as denying you the opportunity of hanging yourself. It would take a rope of steel cord to hold your 750 lb. ass, and since I doubt you'll find that in your parent's basement, you have to choose a different way out. A few of your options include: shooting yourself, as I previously suggested, drowning yourself (your fat ass would float you to the top), poisoning your Twinkies, or lighting yourself on fire (I recommended this. Your greasy hair and blubbery skin should ignite faster than a kero soaked match, provided you don't bathe or shower regularly, or especially, right before doing the deed - as lighting oneself on fire tends not to work well if you are soaking wet). Or, you could simply stand on the top of a tall building during a thunderstorm, especially if a neighboring building has a lightning rod. But, let's not dwell on this, this is more something for HowTo:Commit Suicide.

See? Now she's got the spirit! 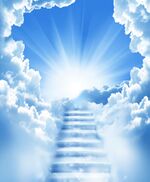 Go there. I dare you.

Don't you want to get a jump-start on going to Heaven? It is such a wonderful place, just fantastic. Oh, you say if you kill yourself it is murder and you cannot be forgiven because you did not survive the act? Oh, that's just a rule the Catholic church made up in the Middle ages to keep people from mass-offing themselves so that they would still have any serfs left to slave in the fields while slowly starving to death, and hand over everything else they had to spare to build huge extravagant cathedrals to satisfy the vanity of the church officials. Oh, those cathedrals are magnificent and gorgeous. Heaven is such a wonderful place, playing the harp until you are sick of hearing harp music 24/7, never getting any sleep, streets paved with gold. Oh yeah, if you think the glare is bad on the roads now when you are driving, how much brighter, shinier and BLINDING the gold on those streets are! Oh yes, and the company of loved ones, who now know EVERYTHING about how your life played out and all your dirty secrets. Yeah, they'll love you just as much then. But you will have WIIIIIINGS, just like Red Bull gives you, only literally. So you'll never have to change your dirty, dirty clothes ever again....because you won't be able to get them OFF over those precious wings. Oh yes, and you'll be doing the Lord's glorious work in heaven. You, yes YOU will learn what it is like to build one of those cathedrals, just like the Israelites learned what it was like to help build the pyramids before the stubborn Pharoah let them go to the Promised Land. Not to mention once they got to the Promised Land, they kept being wiped out by enemies when they didn't have enough "faith", "loyalty" or "obedience" to magically defend their precious milk and honey. But the love of Jesus? Ok, how much love would YOU have left for mankind after YOU were crucified by the corporate tycoons, fashionistas, megachurch leaders,and MERCHANTS of his time, and then your LOVING HEAVENLY FATHER, who you loved most of all, just sent YOU to Hell for three days? Is it any wonder Jesus didn't stick around the Earth for long once he was resurrected, even though, knowing the future and all things perfectly well, he KNEW just how much people would twist his words, become hateful in the name of religion, and make a mockery of the scriptures without him? Is it any wonder that he basically put them up to cultural genocide to "spread the gospel to ALL NATIONS", instead of repeating his words that he would "Go to prepare a place for you" before he left the earth to fly away like a helium balloon? Even though he was literally IMMORTAL at that time. Not to mention your friends who you like to party with and game with? How many of those are you going to find in a place that only admits heterosexuals who don't fornicate, don't commit adultery, aren't secret closeted homosexuals, and don't dress to look like the opposite sex, don't get drunk on a regular basis, aren't habitual liars or thieves, never have had abortions, have no doubts about their faith, pay their faithful tithe to their church of choice (and its officials salaries, since there is no cap on religious pay) and aren't druggie addicts? Oh, you say fornication doesn't count? Then what do you think homosexuals who aren't permitted to marry do? You say God doesn't like the kind of things they do in their bedroom? If he knows and cares what they do in their bedroom, He is probably watching you use the TOILET. Without any censor patch. Enjoy eternity without your friends, if you really want to. Oh, and forget making the world better here, now, today, because hey, HEAVEN!

You should be dead by now.

Christ. You just aren't giving up on your worthless life. Stupid Fuck. Ah Yes! This brings us to our next topic; you're a moron. After 2 paragraphs of "Go Die" you're still alive. If it's on the internet, it must be true! Especially when it has to do with killing or murder..... And the world has too many stupid people as it is. You would be doing yourself, and the rest of the world, a huge favor if you went and did the deed. Don't you want a Darwin Award?

Huh.... You really don't give up that easily. Okay, maybe for some positive attitudes. Think of it this way, if you killed yourself now, you'd get a full page in the year book!! That hot chick in your Math class that you fantasize about in your "Private Moments"? She'd know your name. You may even be on the News! There's no chance that you'd get on the television if you were old and stuff, being a plumber or some crap. So, fame. Live life like Wile-E-Coyote. Nevermind that you aren't a cartoon. Yeah. DO IT. NOW.

Think of how many people want you dead! That random guy who you stole that bag of chips from, your little brother (so that he can gain all inheritance!), your Dad, (so that he doesn't have to stay in debt feeding your face), and even your teachers! ( If you die the stamp with the big "F" on it won't have to run out of ink every time you hand in an assignment...) Nevermind that they will still hate you after you are dead.

Why you SHOULDN'T kill yourself!

Is it even worth trying anymore?