Whose pussy is this? 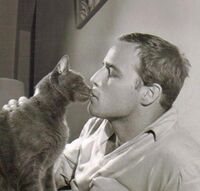 This is what I found.

So, last week, I found this pussy. I wasn't looking for pussy. But sometimes pussy comes along when you least expect it. My question, though, is this: Whose pussy is this?

There are several identifying features of this pussy. I was thinking about saying "I'll return this pussy to anyone who can describe it," but at this point, I just want it out of my apartment.

After you read this, it shouldn't be too hard to see why.

It's a hairy pussy.

I can't believe how hairy this pussy is. I should never have allowed it on my bed. Because, in the morning, my mouth was full of pussy hair. And then I got up, and there was pussy hair all over the floor, and there was pussy hair all over my toothbrush. I can't even understand how this relatively small pussy could be leaving hair everywhere. It seems like there's more hair than pussy. Whoever's pussy this is, has one hairy pussy.

It's a stinky pussy.

After ten minutes with this pussy in my apartment, the whole house just reeked. I opened all the windows and burned some candles, but it was still just overpowering. It was as though someone had rubbed a pussy all over my face. Just ground it in there all night. My nostrils were burning with the scent of this pussy.

I even had to buy new clothes on the way to work because all my clothes smelled like pussy. Who ever thought that having a pussy around would be so expensive?

It's a sloppy pussy. 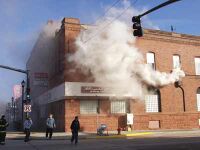 It's hard to put into words the mess this pussy has made of my place. But they say a picture is worth a thousand words. This pussy made a horrible mess out of everything. It knocked over furniture, knocked everything off my bookshelves... it was like a miniature tornado. I think maybe it was trying to get at my tuna.

And then, just as I was walking out to buy some 409, there was this loud sound... not exactly a "bang." I'd describe it as more of a "quiefing" noise, I guess. All rumbly and gooey. And when I looked back, my apartment had just exploded.

What an incredibly sloppy pussy.

It's a noisy pussy.

I could barely sleep, what with all the sounds emanating from this pussy. Who would have thought that something so small could be so fucking noisy?? Twice, during the night, my neighbors called and demanded to know what was making that awful sound.

I told them I had found this lost pussy and they said "You'd better shut that pussy up or we're calling the cops!" I was pretty pissed at them. You do a good deed by finding some woman's lost pussy and putting up an ad for it and everything, and this is the kind of shit you get? It's not my fault the damn thing wouldn't stop meowing.

I even thought about keying their car. But then I figured that the massive explosion in our apartment building was actually probably pretty inconvenient for them, already.

Please, for the love of God, come and pick up your vagina.