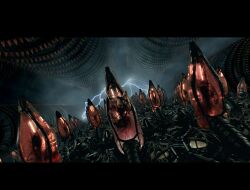 Republican and Democratic leaders have agreed on a plan to pay off US debts, President Obama announced Sunday night, just hours prior to being inserted into a power plant in Shenzhen, China.

According to the details available, the agreement would generate enough electricity to pay off $700-$800 billion annually, and will likely put off all talks of raising the debt ceiling in 2013. About 500 congressmen and others in government known to be especially full of hot air have already been inserted into the matrix, where their fantastic hot air output is expected to meet more than half of China's energy consumption for the next fifty years.

"I want to announce that the leaders of both parties, in both chambers, have reached an agreement that will reduce the deficit and avoid default--a default that would have had a devastating effect on our economy," Obama said. "Now, is this the deal I would have preferred? No.... But this compromise does make a serious down payment on the deficit reduction we need, and gives each party a strong incentive to find the One and come rescue us from our horrible fate."

House Speaker John Boehner held a conference call Sunday evening with House Republicans in which he urged them to support the package, declaring that the deal in place "meets our principles of smaller government."

"There is a framework in place that would cut spending by a larger amount than we raise the debt limit, and cap future spending to limit the growth of government," he said, according to a script provided by Boehner's office. "Now listen, this isn't the greatest deal in the world. But it shows how much we're willing to work with our Chinese overlords."

With the approval of leaders of the House and Senate, many of whom have already been jacked in, the remaining members of Congress are in full agreement to seal the deal with a vote on Monday. Opposition within factions of both parties were the first to be taken away.